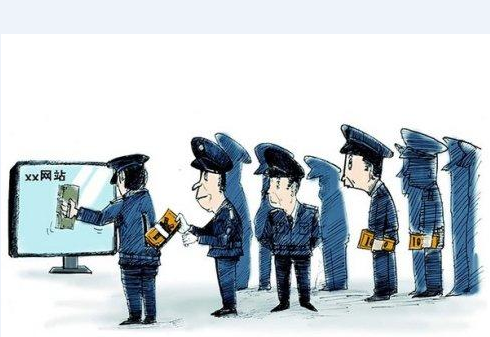 A story published Thursday but since removed from the Southern Weekly website, calls attention to the conviction in December of Wei Yining, a former official with the Internet division of the Haikou police, on charges of accepting a little over 700,000 yuan ($112,000) in bribes.

The notion of a policeman taking bribes is hardly noteworthy in a country where even teachers routinely exchange favors for cash. And on the Richter scale of Chinese graft, the amount Mr. Wei is accused of taking registers somewhere in the range of a pond ripple.

What is notable, however, is who was bribing him and why.

According to the court decision posted online, Mr. Wei received more than 280 bribes from 11 police officers in six different provinces. Each bribe – there were more than 280 in all – came with a request for him to order the deletion of material from websites in his jurisdiction, the decision said.

Mr. Wei, who was sentenced to 10 years in prison and required to forfeit the bribe money, couldn’t be reached, and the Haikou police department didn’t immediately respond to request for comment.

According to the court documents, only police in the province where an Internet service is registered have the authority to issue take-down notices, meaning authorities who want material censored on websites in other provinces need the cooperation of the local police in charge of dealing with that site.

In Haikou, that man was Mr. Wei.

Haikou is the capital of the southern island province of Hainan, which is where two of the country’s most popular Web forums, Tianya and Kaidi, are registered. Both are well-known as breeding grounds for rumors and leaks, sometimes involving officials and businesses, and both fell within Mr. Wei’s censorship purview.

Under normal circumstances, according to the court document, take-down notices for “harmful information” can be issued only after leaders of the police department’s Internet division have reviewed and approved them. “If police from other provinces require the removal of posts on Tianya or Kaidi, they are required to ask the assistance of the Haikou Internet police team,” it explains.

Rather than go through normal procedures, police offers in other provinces instead paid Mr. Wei to issue the orders directly, according to the document. Mr. Wei then issued the orders to take down the offending content through instant-message group chats with employees of the Web forums, using QQ in the case of Kaidi and Real-Time eXchange (or RTX) for Tianya.

Some police paid Mr. Wei as little as 1,000 yuan, while one fellow Internet cop in Hubei province appears to have used his services often, paying him a total of 483,000 yuan between August 2011 and August 2012, the court document said.

The document also said that Mr. Wei’s lawyer argued “although he accepted money from others, the posts deleted were all seriously damaging to the government. He didn’t do anything in the private interests of others, so his actions don’t constitute taking bribes.”

It isn’t clear from the document what types of information Mr. Wei was asked to delete.

It also isn’t clear who pressed to have the Southern Weekly story taken down, though presumably they didn’t pay cash to get it done.