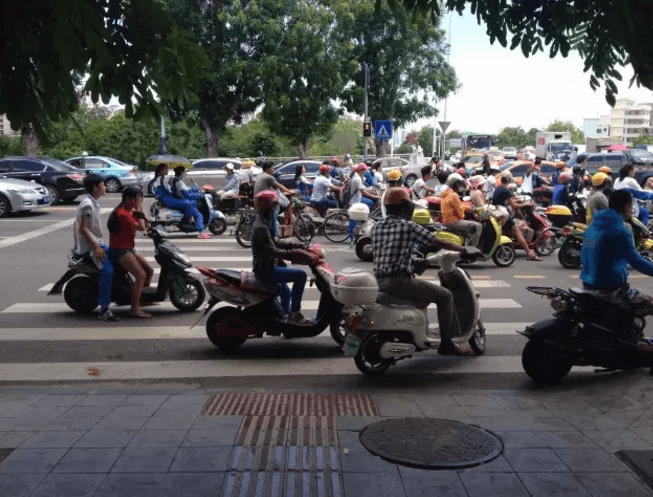 Starting from April 1, e-bikes that do not meet national standards will not be allowed on certain public roads or be stocked at the e-bike market in Sanya, according to temporary rules on the management of e-bikes issued by the local authority.

It is believed that over 90% of the e-bikes on sale in Sanya do not comply with the current national standards, which require bicycles to have a maximum speed of 20 kilometers per hour and weigh less than 40 kilos.

According to the new rules, currently owned e-bikes falling outside the standards are classed as motorcycles and cannot be registered.

Many owners of e-bike shops have said they’ve noticed a significant decline in sales since the ban on their use on certain public roads.

Concerns over the new rule still remain as some residents say e-bikes sold over the last few years, which do not adhere to national standards, have become the most widely used means of transport in the city and a grace period is necessary for the implementation of the new rules.

In order to solve the problem in a fair way, the government is seeking opinions from e-bike shop owners on discount programs to encourage e-bike replacement, one effective measure to promote the use of e-bikes that meet standards and manage the city’s motorcycle problem.

Next news: Hainan to create a ‘duty free shopping paradise’ at Mission Hills