Sanya Haitang Bay to be hotbed of Int’l luxury hotels 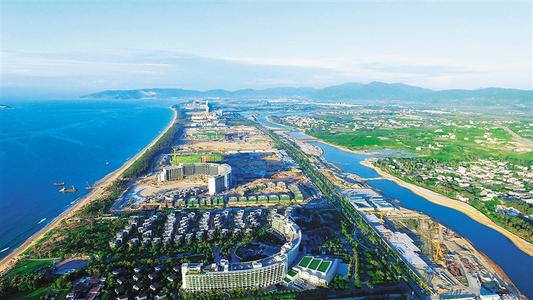 Due to the National Coast strategic plan, Sanya Haitang Bay has attracted hundreds of domestic and international enterprises including more than 20 of the world's top hotel brands to invest billions in the project.

At present, there have been 11 operated hotels in Haitang Bay and 3 new international hotels will be opened this year, and more than 32 of the world's top hotels are expected to be built in the 22-kilometer coastline of Haitang Bay.

In addition, Shanghai Fuxing High Technology Group will join hands with Kerzner Group, the world's top luxury hotel and resort company, to build an Atlantis resort in Haitang Bay which will be the third Atlantis resort besides the Atlantis in Dubai and in the Bahamas.

The centralized effect from the international hotel group has promoted the development of entertainment, shopping and other supporting projects around Haitang Bay.

In the near future, Haitang Bay is expected to be a draw card of Hainan island with its luxury hotels and comprehensive facilities.

Previous news: Sanya is the most popular domestic destination for upcoming CNY