Haikou among list of happiest cities in China in 2013 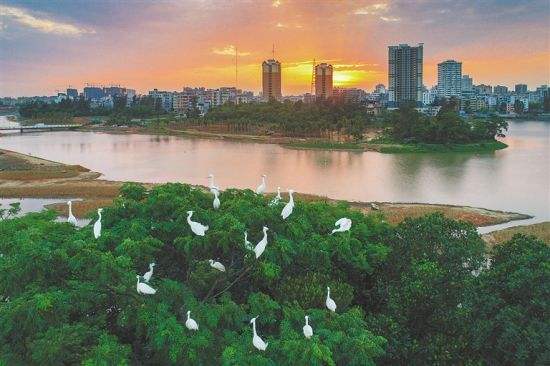 According to "China's Economic Survey", released by CCTV (China Central Television) on March 4, the city of Taiyuan, in Shanxi province, has been selected as one of the happiest cities in the country, together with another 19, including Haikou , Hainan province; Changsha, Hunan; Chongqing, Tianjin, Hangzhou in Zhejiang, and Hohhot in Inner Mongolia. It is the second time that Taiyuan has been listed in the Happiest Cities in China list since 2012.

The CCTV Economic Life Survey, sponsored by CCTV, the National Bureau of Statistics, China Post Group Corporation and National School of Development at Peking University, is China's largest national media and public survey. More than 100,000 people across 31 provinces (municipalities and autonomous regions) and 104 cities have been involved in this nationwide questionnaire. The survey focused on indices such as expenditure, investment, population structure and life quality.

Jiang Shiming, the producer of the "China's Economic Survey" program for CCTV, said that he was happy to know Taiyuan was rated as one of the happiest cities in China,. The survey showed how stable and safe people live and work in a city which may affect their sense of happiness.

According to Ren Zaigang, the vice-mayor of Taiyuan, the result of this year's evaluation reflected local people's understanding, trust and appraisal of Taiyuan and their hopes for a better future. He added that the government aimed to build up a quality of life for everyone to enjoy and welcomed the investment opportunities of trade and tourism to further develop the city.

Next news: Best bars and clubs in Sanya