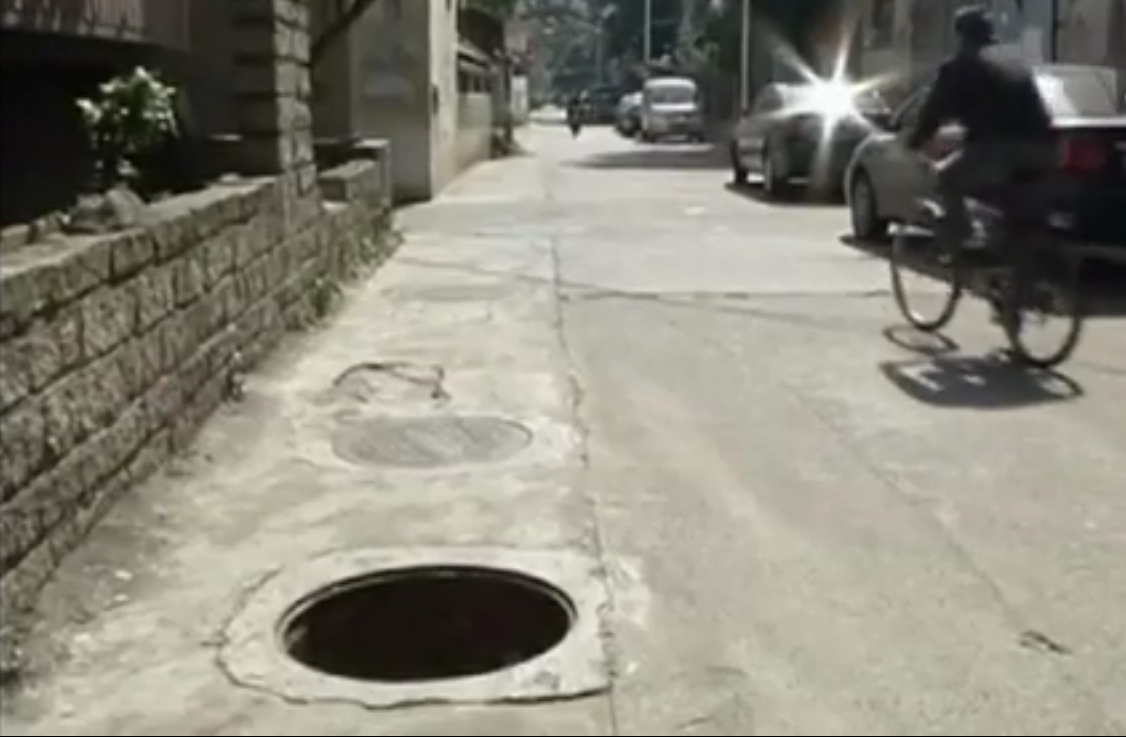 A woman made an incredible escape after being stranded in a manhole for over 60 hours, the police department of Haikou, capital of Hainan Province, has revealed.

The woman surnamed Guo was found stranded in a three-meter deep manhole with 1.7-meter deep drainage in an alley of Haikou, a city known for its coastal tropical sights.

The woman, only less than 1.6 meters tall, was feeble and only had a pair of underpants and a bra on when being rescued by a passers-by on Dec 15, 2013.

Her whole body had turned pale and swollen for prolonged soaking, the a passer-by surnamed Yang said.

The woman said she tore her clothes into pieces and made a "cloth ladder" to get to the manhole lid.

She said she was quite scared screamed for help, and tried several times before getting to the ground and saved.

"I did not sleep at all the first night I fell in the manhole. I could see the darkness around me. I thought that I would not be choked to death if I looked up," the victim said.

The woman said she was set up and kicked into the manhole purposefully on Dec 12 by a man who is her town fellow and owes her 100,000 yuan.

The man was also surnamed Guo and has been arrested for suspected attempted murder.

His action was filmed by a surveillance camera around the scene. He replaced the lid of the manhole with pieces of hard paper, led the unsuspecting woman toward it before kicking her down.

He first told police he intended to kill the woman as he had an affair with her, but later confessed he tried to kill her because of the debt after the police collected more evidence.

The woman demanded him to pay the debt. The man cheated her by asking her to come to Hainan for the money and a free tour, as "a way to express his gratitude."

Police said the suspect was addicted to gambling and hence lost a lot of money.

Next news: 45 countries to offer visa exemptions for Chinese travelers