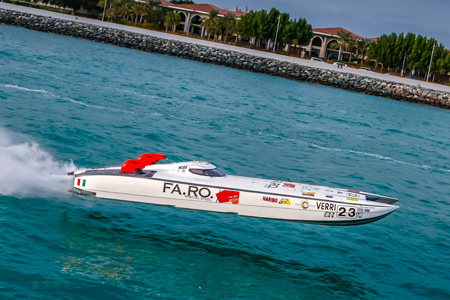 A total of 22 racers from 10 teams and more than 10 countries including the United States, Britain, Italy and the united Arab emirates will compete with each other at the event,

Guido Cappellini, the famous Italian racer and ten-time World Champion F1 Powerboat racer, who is known as "Schumacher of the water", will take part in the event. Besides, a powerboat named ‘Sanya Visun’ will also make its debut in the race.

CLASS 1 is widely regarded as the pinnacle of international offshore powerboat racing, and is officially sanctioned by the Monaco based Union Internationale Motonautique (UIM), the world governing body of powerboating, and each contest will be beamed around the world by the global satellite system of American International Group.

Previous news: Michel Goget at the helm of The Ritz-Carlton Sanya

Next news: India’s the fisherman of the crane & clams in the South China dispute