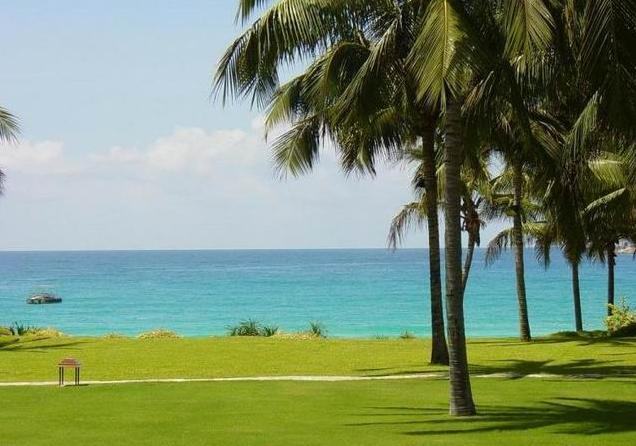 Haitang Bay, Sanya
Sanya Haitang Bay, hailed as the "National Coast" of China, has become a world-class paradise resort after starting off as a little-known coastal town.

Covering a total planning area of 98.78 square meters, Haitang Bay is vying to become the representative of "The Rise of Greens", with natural resources such as seawater, beaches, hotsprings, islands and wetlands.

In 2008 Sanya began to build Haitang Bay into a "National Coast". Four years later, twelve municipal roads have opened to direct traffic on the beautiful coastline, and seven international coastal resort hotels, including the Sheraton, Conrad, Renaissance, Doubletree by Hilton, and Kempinski, have opened for business there.

In order to solve the removal problems in Haitang Bay, Sanya has built seven scenic towns covering an area of 1.96 million square meters for 7,700 households. The remaining three scenic towns will be built in 2013 and 2014 successively.