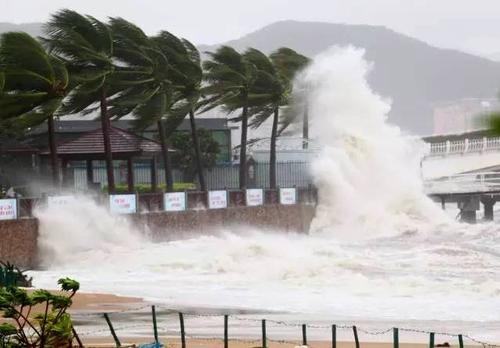 Five people were missing after Typhoon Son-Tinh sank their boat in the South China Sea near the city of Sanya on Sunday, maritime authorities said.

Local sea rescue center in Sanya, Hainan Province, received a report at about 6 a.m. saying an unpowered engineering vessel half-sanked near a cargo terminal of Sanya after being hit by strong winds.

Five crew members were awaiting rescue as they clung to the deck that remained above the sea, the report said.

Sanya's maritime safety administration said they have launched a search that involved rescue vessels and helicopters.

The island province of Hainan experienced gales and high waves since Saturday as Typhoon Son-Tinh brushed into the region. Local authorities have urged all shipping boats to return to harbor and ferry services into and out of the island has been suspended out of safety concerns.