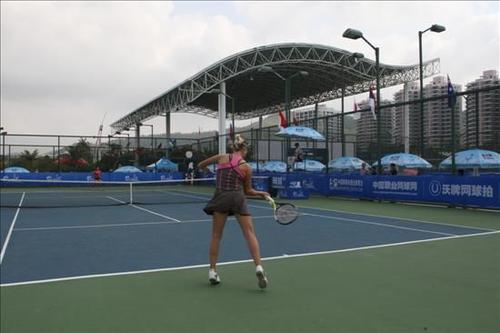 The 2012 China Tennis Grand Prix kicked off on Sunday in Sanya, a tropical city of Hainan Province.

Eighty-four players will compete for the total prize of one million yuan during the 8-day event, including preliminary round from Sunday to Tuesday.

Host favorites Peng Shuai and Yan Zi will play the women's singles along with Wang Qiang, Zheng Saisai, while male players Zhang Ze and Wu Di will also be on the court.

China Tennis Grand Prix was inaugurated in 2006 and had been held in Guangzhou, the capital city of southern Guangdong province, for two years before it went to Nanjing, capital of Jiangsu province in 2008.

It's the first time that the event is moved to Sanya.