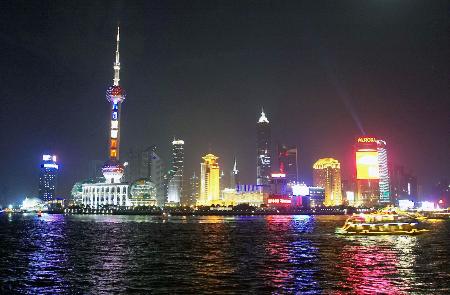 Shanghai
Shanghai was the most "satisfactory" tourist destination on the Chinese mainland in the third quarter, according to a report released by the China Tourism Academy yesterday.

The report ranked 60 cities based on tourists’ comments and complaints. Suzhou in Jiangsu Province and Huangshan or Yellow Mountain in Anhui Province secured second and third spots on the satisfaction list, respectively, while Sanya in Hainan, Nanchang in Jiangxi and Shantou in Guangdong were at the bottom.

Shanghai ranked second in terms of tourists’ willingness to visit again and to recommend it to others, following Guang’an City in Sichuan Province.

The report said individual tourists complained the most about admission prices while group visitors’ grumbled about too much shopping. However, the degree of satisfaction among foreign tourists dropped significantly due to ticket prices, hygiene conditions and taxi service.

Shanghai topped the list of satisfaction degree among overseas tourists, the report revealed. Visitors said they mostly appreciated Shanghai’s tourism environment, though there were some small issues.

"The people who work at the airport or train stations are not ‘into’ their jobs," American William Coon said. "It seems as if they do not care. When I went to see their information, nobody offered to help and I felt that the very first thing for them would be to welcome me to Shanghai and then to give me a good city map. But nothing happened."

Next news: Man kills friend over Diaoyu islands dispute in Hainan, turns self in after 15 days