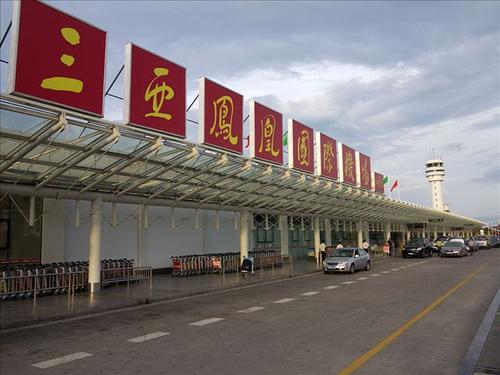 Last month, a passenger was detained for ten days and fined 500 yuan ($about 80) after claiming to possess a bomb just before his plane was about to take off in south China's city of Sanya.

Two domestic flights operated by Air China, the country's flagship carrier, were affected by threatening phone calls that were placed before takeoff on Tuesday, just one day after a China Southern Airlines flight was forced to land in Northwest China's Gansu province after an anonymous terrorist threat was received.

Both threats turned out to be false after security checks were carried out.

Li Xiaojin, a professor at the Civil Aviation University of China, said false threats have increased in recent years, adding that the callers have multiple intents for their acts.

In one case, a tour guide claimed a bomb was planted on a plane in order to delay the flight, as the tourists he was in charge of were late to the airport. In another case, a young man used the same method to stop his girlfriend from leaving him. Other cases stemmed from customer dissatisfaction with airlines, mental illness or sheer boredom.

The threats indicate a poor awareness of the law and disrespect for the public interest, as false threats disrupt normal flights and can result in panic, said Zhu Xiangdong, another industry expert.

More than 90 percent of the calls were made by people between the ages of 18 and 30, he noted.

"Many young people think no one can find out who makes the calls. But anyone who makes these kinds of calls will eventually be caught," said Lin Quan, an civil aviation safety expert at the Civil Aviation University of China.

Pan Xian, a Shanghai resident who flies frequently for business, said false threats have made him feel more worried about traveling.

"If I come across such an incident when I am on a business trip, it will affect my work a great deal. I'd feel afraid even if it was a false threat," said Pan.

Guilty parties should be severely punished as a warning to others who might attempt to make similar threats, he added.

Zhang Wu'an, a spokesman for Spring Airlines, a private carrier in China, said that company staff will immediately report any threatening calls to authorities and an affected flight will choose to return or prepare to divert from the original route and land at other airport instead of the original destination.

Passengers and goods will be rechecked to make sure there are no safety threats before the plane takes off again, he said.

In practice, however, such cases are dealt with leniently, as it is difficult to define the degree of consequence caused by the threats. The fines paid by suspects is relatively small, legal analysts said.

Last month, a passenger was detained for ten days and fined 500 yuan ($about 80) after claiming to possess a bomb just before his plane was about to take off in south China's city of Sanya.

The man said he made the claim for the amusement of others.

Zhang called for such passengers to be punished severely and put on a "blacklist" for airlines so they can refuse to offer them service in the future.

SOURCE: chinadaily.com.cn
Editorial Message
This site contains materials from other clearly stated media sources for the purpose of discussion stimulation and content enrichment among our members only.

Previous news: Hainan is the World’s best kept secret, the Hawaii of China

Next news: Sansha opens meteorological bureau on the island of Yongxing