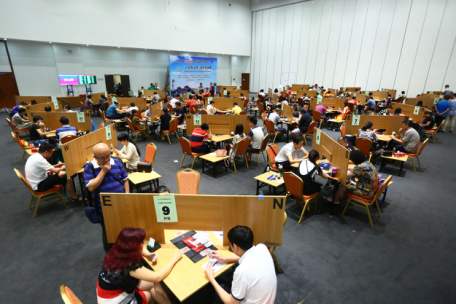 The World Poker Tour will be heading to China for the first time this December as the tour has now added Hainan Island to the event schedule. From December 14th to the 17th, the World Poker Tour will take over the MGM Grand Sanya Resort which is located in Sanya, Hainan Island, China. The new location on the tour will be part of the Season XI tour stops.

The new event is titled WPT National China Poker Tournament: Sanya and the event signifies the first time that the tour will offer a tournament in China. The buy-in for the event has yet to be announced but organizers believe that over 60,000 players from China will be competing in the many tournament events and organizers also believe that the prize pool for the main event will be unprecedented.

Steve Heller, the CEO of the World Poker Tour, commented on the new stop on the tour by stating: “WPT National China Tournament Sanya demonstrates the exploding popularity of WPT National and Regional events, which provide players around the world with the opportunity to compete in affordable, world-class poker tournaments. We are very excited about the potential of this tournament as there are thousands of players in China who aren’t able to play in large tournaments such as this without having to deal with the expense and hassle of traveling out of the country.”

Heller also stated that the WPT event in Sanya will fill a void in the Chinese poker community. The WPT hopes that the new event will be the first of many similar events on the tour which will be held in China for upcoming seasons.

Previous news: Sansha to modernise its fisheries and develop marine oil and gas