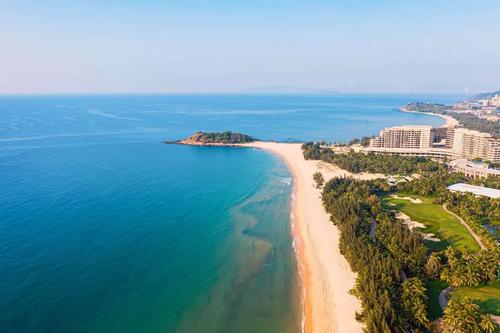 A draft law on tourism, targeting sharp practices by travel agents and clearly stating the rights of travelers, was under review by lawmakers on Monday.

The draft, if passed, will be the first legislation covering the industry.

"There is an urgent need for this law to promote the healthy and sustainable development of tourism," Yin Zhongqing, deputy director of the financial and economic affairs committee of the National People's Congress, said on Monday.

The congress is China's top legislature.

Tipping will be at the discretion of the tourist, it states.

The draft targets agencies offering so-called free tours, or even incentive tours, where the traveler is given a small amount of cash or a gift.

These tours operate on a kickback system. Tourists are taken to shops at pre-determined sites where goods are often sold at inflated prices, and the agency gets a kickback.

Experts and industry insiders believed that the draft law tackles the key issues.

"A motion for legislation was raised more than three decades ago, but the process was slow, partly because the tourism industry is supervised by more than 100 government organizations — and administrated by both central and local authorities," said Dai Bin, president of China Tourism Academy.


The draft law has borrowed legislation from a number of foreign countries.

The draft demands that travel agencies purchase products only from qualified suppliers.

"In the outbound tour market, for example, unqualified travel agencies launch price wars to get customers," she said.

The draft law also targets the operation of scenic spots.

Ticket prices should follow government pricing and any change in price should be announced to the public six months before implementation.

"It states that scenic spots should control the maximum number of tourists, to ensure safety, especially on public holidays," said Wang Lian, deputy manager of the Fanjing Mountain Scenic Spot, a national nature reserve and Buddhist mountain in Guizhou province.

According to Wang, many of the mountain scenic spots do not set limits on tourist numbers.

The draft law also stipulates travel agencies will be responsible for tourists who travel overseas without the proper papers.

China's domestic travel market is now the world's largest and ranks third globally in terms of tourists from overseas.

The travel sector is a pillar of economic growth and is being targeted as prime employment area, according to an explanation for the draft.

"Although we cannot say all problems will be solved after the law is passed, there is no doubt that it will make the whole industry healthier," Dai said.

Huang Yiming in Haikou, Huang Feifei in Nanning, Yang Jun in Guiyang, and Shi Baoyin in Zhengzhou contributed to this story.

Next news: Hainan is convict island during ancient China, see it in Lord Su’s legacy