At rmb26,000/sqm, Sanya has highest median price of houses in China 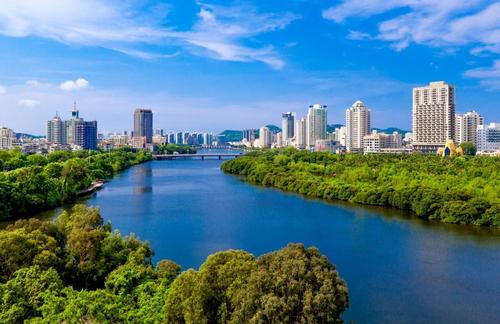 In 2012, which Chinese city has the highest housing prices? Shanghai or Beijing?

The answer is neither Shanghai nor Beijing, it’s Sanya in Hainan province, a second-tier city located in the very south of China, where the average housing price reached as high to 26 thousand yuan per square meter over the last two months, according to a report from Sina House.

Homes in big first-tier cities remain the most expensive in China, with three of the “big four” Chinese cities where housing prices are over 20 thousand yuan per square meter – Shanghai (22ooo yuan/m2), Beijing (21000 yuan/m2) and Shenzhen (20194 yuan/m2), while Guangzhou, another big first-tier city in China, has an average housing price of 12755 yuan per square meter, ranks 5th in the research report conducted by Sina House, which investigated transaction prices for June and July in the real estate markets of 40 cities in China.

Why can Sanya, a small city whose economy is mainly supported by their tourism industry beat out all those big first-tier cities in the real estate market?

The secret is rich people from big cities. "90% of home buyers in Sanya are not local residents and 90% of these non-local buyers are from Beijing, Shanghai, and rich provinces such as Jiangsu, Zhejiang and Northeast China. Few local residents buy homes here", said XIE Qing, general manager of Centaline Group, Hainan Subsidiary.

However, the future prospect of their tourism real estate market does not look too optimistic. "Under the continuously strengthening housing price control policies by the central government, real estate companies began offering discounts for purchase of new homes in Sanya starting in May and total area of sold properties in Sanya decreased by about 50% in the first half of 2012 compared with the corresponding period in last year", added XIE Qing.

SOURCE: morningwhistle.com
Editorial Message
This site contains materials from other clearly stated media sources for the purpose of discussion stimulation and content enrichment among our members only.
whatsonsanya.com does not necessarily endorse their views or the accuracy of their content. For copyright infringement issues please contact editor@whatsonsanya.com