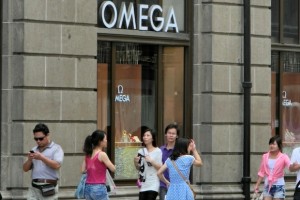 Low-key luxury, international investment and education: China’s millionaires keep spending
Property at home and abroad, expensive private schools in the US and UK for their children, “logo-lite” luxury goods, and vacations in France and Hainan; According to the new GroupM Knowledge – Hurun Wealth Report 2012, China’s millionaires continue to spend heavily despite slower growth in the broader economy. The report, which consisted of surveys of 503 individuals worth more than 10 million yuan (US$1.6 million), including 54 billionaires, identified interesting trends in terms of what China’s wealthy are investing in, buying, donating, and reading and viewing.

As with previous studies, the Wealth Report is mostly geared towards a luxury industry audience. As Rupert Hoogewerf of the Hurun Report said this week, “As China is set to become the world’s biggest market for luxury, it is critical to understand the Chinese luxury consumer.” Eve Lo, Chief Knowledge Officer at GroupM China, added, “Understanding the behavior, attitudes and preferences of the wealthy class will help luxury brands to actively connect and engage with Chinese millionaires and their unique lifestyles. With luxury consumption as one of the main drivers of the Chinese consumer market, such insights into the world of the super-rich are invaluable to brands.”

Major luxury brands don’t need a report to tell them that China’s millionaires are an important and still-growing buyer base. But the extent to which this demographic has grown even in a slower economy is notable. According to the report, Chinese individuals worth in excess of 10 million yuan (US$1.6 million) broke the one million mark last year, growing 6.3 percent to 1.02 million. China’s “super-rich,” individuals worth 100 million yuan (US$16 million) increased nearly six percent to 63,500 individuals. By comparison, the country had 960,000 millionaires and 60,000 super-rich in 2010 and 875,000 millionaires and 55,000 super-rich in 2009.

So what are these cashed-up folks spending all that money on? According to the report, a leading single area of consumption is travel. Respondents spent an average of 20 days per year traveling, heading overseas for holidays as well as business. In China, the top destinations for the country’s wealthy are Sanya, Hainan island, as well as Hong Kong and Yunnan province, while those headed abroad are most often bound for France, the US and Australia.

In terms of luxury goods — traditionally an area of massive spending for China’s millionaires — these individuals continue to spend, yet the report notes a change in the way they’re consuming luxury products, mirroring Jing Daily’s prediction of a rise in “low-key luxury” as conspicuous consumption loses favor to more discreet luxury spending among wealthy Chinese.

Education, though, is a major focus for these wealthy mainlanders. 85 percent of respondents said they plan to send their children overseas for education, while that figure rose to 90 percent among billionaires. The US, UK and Canada were tops among education destinations, while surveyed millionaires who said they planned to emigrate identified Canada, the US and Singapore as their preferred destinations. Fitting with recent studies that also said a growing number of China’s wealthy and ultra-wealthy are planning to leave the country — for environmental, health, family, business or other reasons — Hurun’s study found that China’s millionaires now invest more readily overseas than ever.

More than 16 percent of Chinese millionaires have already emigrated or have put in immigration applications, while 44 percent have plans to do so in the near future. Currently, around 33 percent of China’s millionaires already own investable assets overseas, a figure that rises to 55 percent among those from southern China.