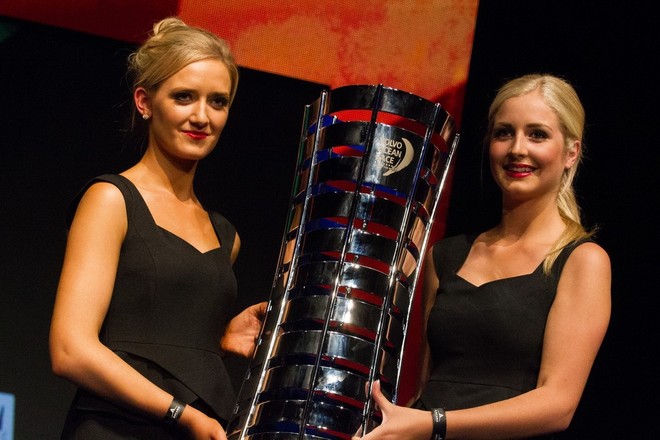 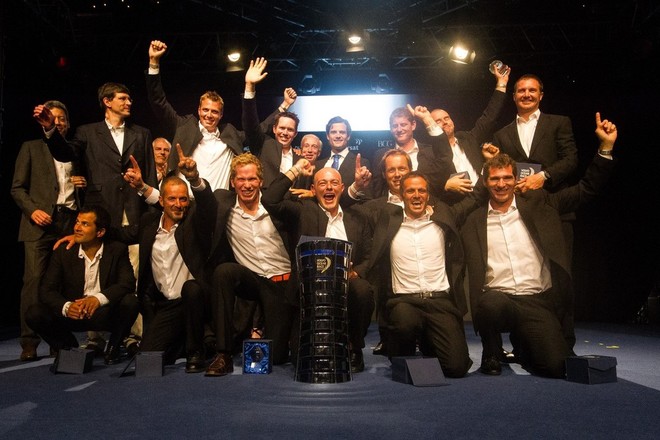 Ken Read and his Puma team scored a commanding first place in the in-port race, their ninth podium finish, while an electrifying scrap for second between Camper and Groupama took place. The two teams were virtually inseparable right to the end of the 8.2-nautical mile course with Chris Nicholson’s team stealing the runners-up prize on the day and in the series as a whole, with Puma third overall.

In a last-minute comeback from Telefónica, her crew stole the final in-port podium position from Groupama on Saturday, but it was too little too late for the Spaniards. Abu Dhabi finished fifth ahead of Sanya.

"It tastes very sweet,” said Puma skipper Ken Read, who punched the air in delight as they crossed the finish line.

"To race against the best sailors in the world and come out on top is all we can ask for.”

A third place in the inshore series rounded off a fantastic Volvo Ocean Race debut for Franck Cammas’ crew on Groupama 4, cementing their reputation as one of the slickest teams in the race in whether racing offshore or around a short course.

"For sure it is a big dream – it’s a great feeling for everyone,” Cammas said ahead of a special prize-giving, in which he held up the newly designed Volvo Ocean Race Trophy. “We did not expect it, so it’s a big surprise, but it’s a good one.

"I think the secret was that we were outsiders at the beginning and we were forced to learn all the time. We had to learn to race against the best crews in the world and eventually it got easier. We made mistakes at the start but all the time we tried to get better, right until the finish in Galway.”

The thousands of spectators who turned out in force to watch the grand finale were treated to a thrilling start, with Camper and Abu Dhabi leading through the downwind line as the fleet split towards the first mark in 12 to 16 knots from the north north-west.

Both teams picked the right-hand side along with Telefónica, but it was the boats in the other group – Puma and overall race winners Groupama sailing team – who led round the first mark.

Ian Walker’s Abu Dhabi crew were relegated to sixth after earning a penalty for obstructing Sanya, while Puma, Groupama and Camper with Emirates Team New Zealand fought it out at the head of the fleet.

By the fourth mark, the Puma crew had eked out a 26-second lead, challenging Groupama and Camper to pull out something special to catch them.

Meanwhile, Sanya and Telefónica locked horns in pursuit of fourth while Abu Dhabi tried to reduce the huge deficit caused by their penalty.

Driven to score their first in-port win, there was no stopping Puma as the crew extended their lead, holding on to take the win around the 8.2 nautical mile course by one minute and 19 seconds to secure the overall in-port title.

Camper’s second in the inshore series rounded off a successful Volvo Ocean Race campaign in which they also took second in the overall rankings.

“This race is the easiest race in the world to lose, so to be runner up when we’ve had quite a few troubles on the way is great. We’ve shown a lot of character along the way,” Camper’s Australian skipper, Chris Nicholson said.

The 2011-12 edition was always tipped to be the closest edition in 39 years of the event and it didn’t disappoint.

Groupama, the first French team to compete in the race since Eric Tabarly’s La Poste crew in 1993-94, secured overall victory after finishing second in Leg 9 from Lorient to Galway.

The next edition of the race will start in 2014 and will be raced in new 65ft one-design boats from Farr Yacht Design.