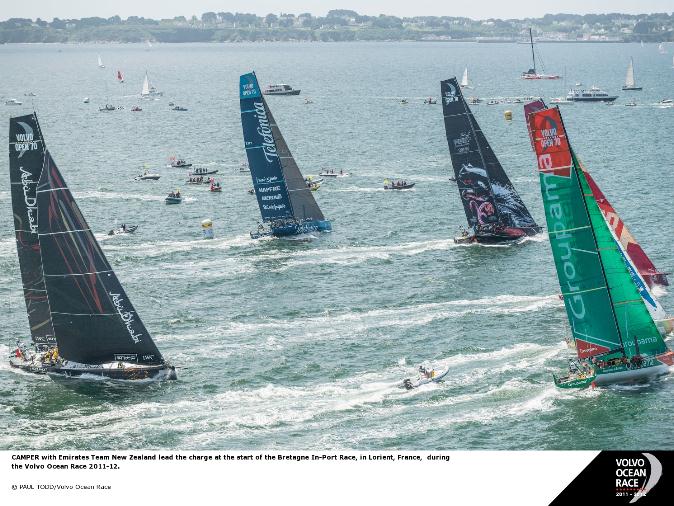 Four teams will go into the final contest of the Volvo Ocean Race 2011-12 with a shot of winning the in-port series — but all six teams will be looking to go out with a bang when the last battle commences on Saturday.

French team Groupama secured overall victory at the end of Leg 9 from Lorient, France, to Galway in Ireland, but the fight for the In-Port Series Trophy will go down to the wire with the top four teams split by just four points.

Groupama sailing team are just one point behind on 38 while Abu Dhabi Ocean Racing are four points behind the leaders, still with an outside chance of victory.

"A win would be huge for us,” said CAMPER skipper Chris Nicholson, whose team are virtually assured of second place overall.

"It’s business as usual with the final race on the line,” he added. “I don’t see why we should change anything at the moment — we’ve had good momentum and a good feeling in the programme for the past two months and to do any change to that now would be dangerous.”

Equally fired up are PUMA, who have yet to win an in-port but have featured on the podium in all but one of the races. 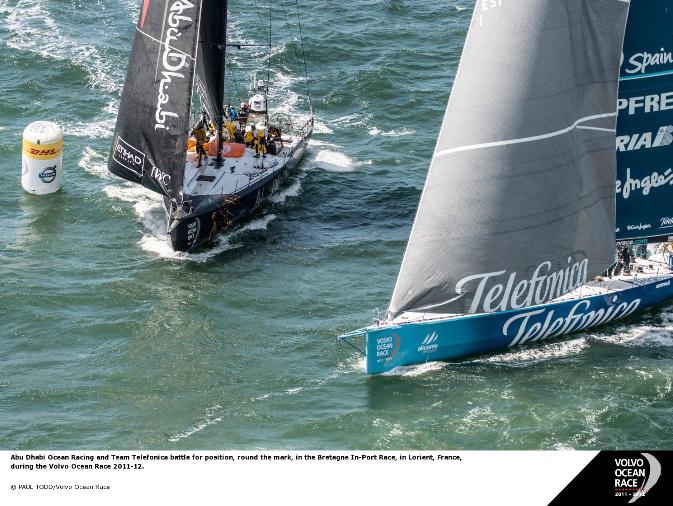 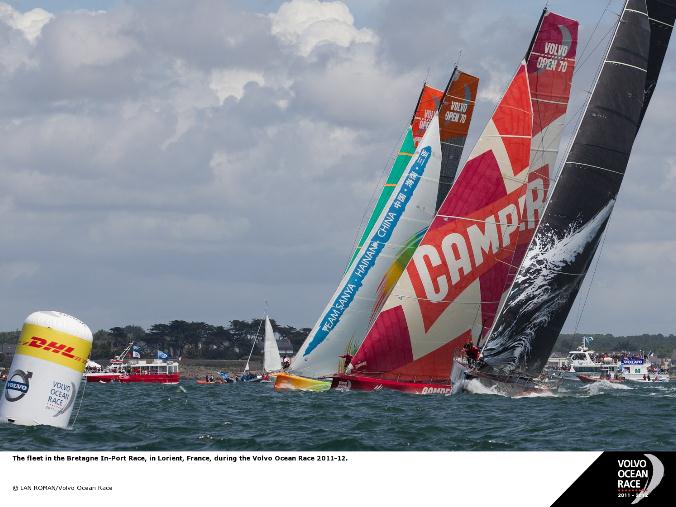 "You always go out to win a race,” skipper Ken Read said. “If you had a running race down the dock here I would try to beat you, us skippers are so competitive.”

After an emphatic victory on their debut in the Volvo Ocean Race, Groupama will be looking to do the double by snatching the in-port series too.

"We are now in a position to be in front of the inshore leaderboard, so we’ll try to keep the chance alive as long as possible and fight for that,” skipper Franck Cammas said.

"The overall result is most important, and we are very happy to win that. The In-Port is not as crucial, but for sure on Saturday we will try to finish the racing as successful as possible.”

Along with Groupama, Ian Walker’s Abu Dhabi crew have notched up the most in-port wins with three victories each over the series.

Walker, a double Olympic silver medallist, and his crew have proven dangerous around the short inshore courses, especially in light winds — and the British skipper said he intends to go out on a high.

"This is the last part of the race and we want to leave in the right way and with a good result,” Walker said.

"In the overall points it’s pretty hard because there are so many boats up there and so many things have to happen. You certainly can’t control it, you just have to try and have a good race. It is no coincidence that we’ve won the three lightest wind in-port races because those are the conditions where our boat is OK. If we want one thing it’s nice, light, shifty, difficult racing.”

Inconsistency has seen Telefónica’s hopes of winning the inshore series fade, but skipper Iker Martinez said his team would give their all in the final race of the event.

"This Saturday will be special,” he said. “We will try and do a good race. We pushed very, very hard to win this race, and we all know this didn’t happen, but we hope to have a good inshore and have a good farewell to the guys.”

Although out of contention for the in-port race series title, Team Sanya are still hunting their first podium finish of the 2011-12 race.

The only team racing a second-hand yacht, Sanya have struggled to match the pace of their new generation rivals — but skipper Mike Sanderson said the race in Galway, the team’s second home, could be their moment to shine.

"They talk about the luck of the Irish, and we have the Irish flag flying on the back of the boat and Discover Ireland have been a partner of ours for the whole race so let’s hope Galway Bay can turn that on for us,” he said.

The Discover Ireland In-Port Race, the final scoring opportunity of the Volvo Ocean Race 2011-12, will start at 1200 UTC (1300 local time) on Saturday.