HomeNews & Social MediaSanya NewsSanya in 5th place, Abu Dhabi in 6th on the final leg of VOR to reach Galway

Sanya in 5th place, Abu Dhabi in 6th on the final leg of VOR to reach Galway 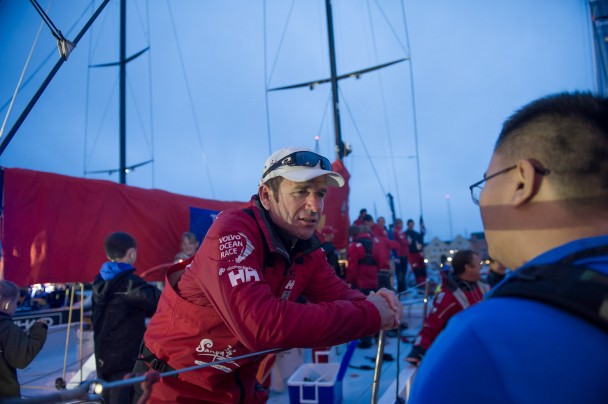 Team Sanya finally claimed the offshore scalp they had been hoping for all race after capitalising on Abu Dhabi’s misfortune when they hooked a lobster pot on Leg 9. 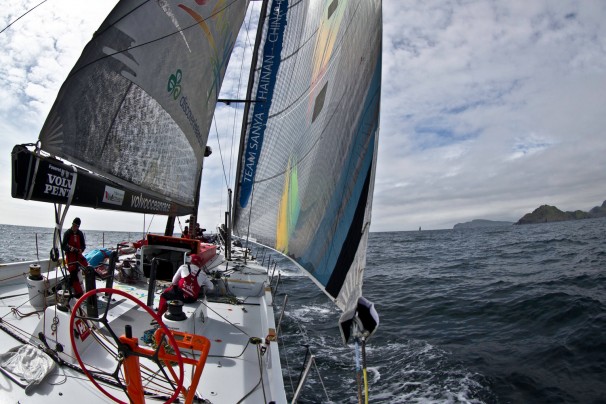 Abu Dhabi Ocean Racing on sight onboard Team Sanya during leg 9 of the Volvo Ocean Race 2011-12, from Lorient, France to Galway, Ireland. 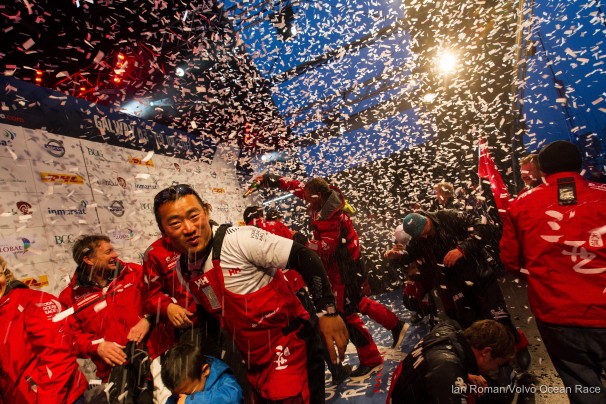 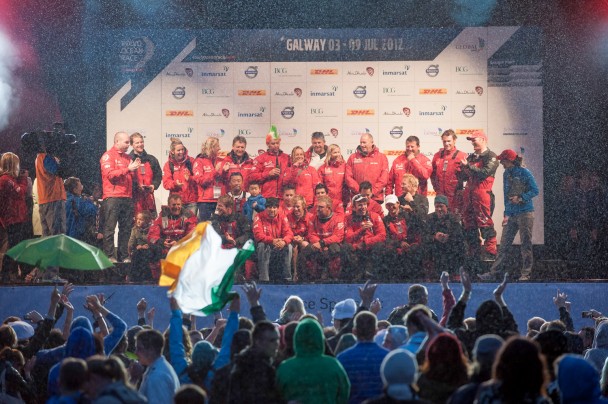 Team Sanya, skippered by Mike Sanderson from New Zealand, celebrate after finishing leg 9 of the Volvo Ocean Race 2011-12, from Lorient, France to Galway, Ireland.
After stealing fifth as the Emirati team were forced to sail backwards to clear the hazard, Mike Sanderson’s crew had to resolutely cover Abu Dhabi on the run into Galway just before dawn today.

Sanya, the only non-new boat in this edition of the race, remain in sixth overall but Sanderson said he was proud of the way his team had kept on fighting all the way to the end despite always lacking speed against the new boats.

"I promise to never go even Wednesday night racing in a boat which is slower than the rest of the fleet," he said. "I have never done it before and I am never going to do that again.

Sanderson said he had relished the scrap with his rival Walker and didn’t feel too bad about taking advantage of their problems.

"We had a huge battle with Abu Dhabi for the whole leg, it was amazing. We never lost sight of them and saw them the whole time.

"On the last corner we were bow to bow with a nice lane and a decent chance of getting past them, then unfortunately they hooked something.

Sanderson said he felt his hardworking crew deserved a little good fortune after being forced out of two legs of the race with damage — both times when leading the fleet.

"We have had a lot of bad luck in this race and finally I think the luck of the Irish gave us a little snippet at the end," he said.

"We have had a rough deal and it was our turn for sure."

Next news: To date, 474 international luxury cruise ships have called at Sanya