Updated: 2012-07-02 13:49:48
Telefónica smoked their rivals off the start line and led out into open water as the Volvo Ocean Race fleet set out on the final offshore leg of the 2011-12 event on Sunday — with Groupama just needing a top-four finish to close out victory.

Having dropped to fourth overall following their terrible luck on Leg 8 and a fourth place in Saturday’s Bretagne In-Port Race, Telefónica made their intentions clear right from the starting gun of the 550-mile leg from Lorient to Galway, stretching out an early lead around the 6.5-mile inshore course.

PUMA Ocean Racing powered by BERG were the only team who managed to hang on to Telefónica’s coat tails around the inshore section as the two boats eked out a 60-second advantage.

An aggressive start-line manoeuvre from CAMPER with Emirates Team New Zealand saw them penalised and relegated temporarily to the back of the fleet, but slick crew work saw them pull back to third by the time the fleet rounded the final turning mark.

Meanwhile race leaders Groupama, with a 25-point buffer at the top of the leaderboard, opted for a more conservative approach at the back of the pack, safe in the knowledge that the next 48 hours hold fast conditions that suit their boat perfectly.

Prior to leaving their home port, Groupama skipper Franck Cammas said he was buoyed by the forecast but still mindful of the capabilities of his team’s rivals.

"The conditions are not so bad for our boat for sure, but the routing is very easy, it’s almost straight, and in these conditions all the boats are very fast,” he said.

"If we have one issue on our boat we could lose a lot of miles so it’s a little bit stressful in these conditions.”

Rather than heading straight to Ireland, the fleet must first sail south 25 miles round the island of Belle Ile, which promises to be a quick run in 15-18 knots of westerly wind.

Once round Belle Ile the fleet will get a chance to stretch their legs in south-westerly breeze blowing between 20 and 30 knots – perfect conditions for Volvo Open 70s to hit top speeds.

Although just 550 nautical miles long, the leg will throw up some challenges for the fleet and the first will come this evening in the form of an exclusion zone off the north-west tip of France.

The teams will most likely pass the zone to the south, having to dodge shipping traffic in big winds and total darkness. A cold front between France and Ireland could make things even more interesting with squalls and small storms to negotiate.

Several metres of swell blown across the continental shelf by a powerful low pressure system in the North Atlantic will be yet another challenge for the teams.

By late morning on Monday the fleet should be rounding Fastnet Rock, the most southerly tip of Ireland.

From there it’s a straight run up to the Aran Islands, a set of three islands marking the entrance to Galway Bay that boast 200-metre tall cliffs.

Eiragh lighthouse, at the western end of the Aran Islands, must be left to starboard before the fleet turn east and head for the finish line in Galway Bay.

The current ETA for the fleet is 0000 UTC on Tuesday.

Follow all the action from the final leg of the Volvo Ocean Race at www.volvooceanrace.com including rolling updates, regular live calls to the boats and a live race tracker. 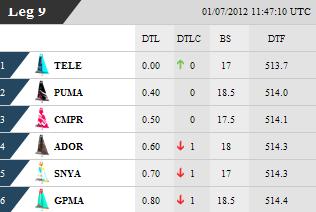 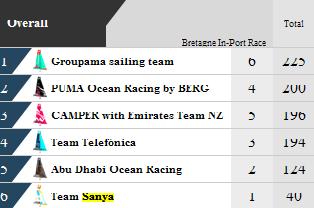