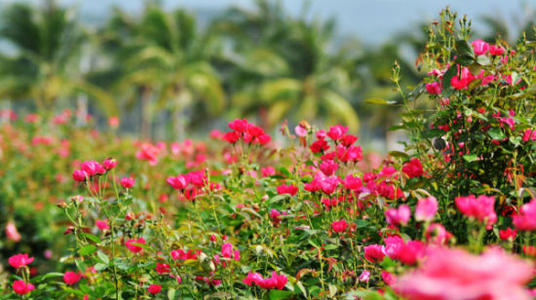 According to the Sanya Culture and Tourism Administration, a series of recreational activities will be held in Sanya in the next half year. The world’s first Rose Poem Wall will be unveiled during the fifth China Rose Exhibition in December, which is also known as the First Sanya International Rose Festival.