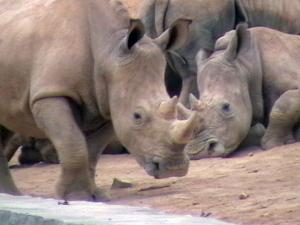 Weekend Argus can reveal that scores, if not hundreds, of SA white rhino have ended up in the hands of Chinese and Vietnamese entrepreneurs linked to that industry, where rhino horn is used as a tonic and a traditional cure-all.

This is despite the recent tightening of export permit regulations under the Convention on the International Trade in Endangered Species (Cites).

But some destinations where SA rhino have ended up could be even worse than Chinese breeding farms and Vietnamese zoos, where their horn is shaved for medical use.

In 2010 two Cites-listed rhino were exported to a company called Thai Skin and Hide – seemingly in complete defiance of international protocols under Cites which seek to ensure that rhino may only be exported to zoological institutions with adequate facilities, a strong conservation agenda and with no connection to the trade in animal body parts and derivatives.

The revelations come at a time when a powerful lobby is seeking to convince the international community to decriminalise the rhino horn trade, arguing that legal trade would reduce incentives for poaching the endangered animals.

Already this year, 245 rhino have been killed in SA for their horns.

Apparent failures to comply with Cites requirements and apply due diligence procedures, added to the seeming inability of the authorities to act decisively against rhino poachers, could weaken SA’s negotiating position ahead of Cites’s COP 2013 conference in Bangkok next year, where the SA delegation is expected to plead for a relaxation of controls.

Statistics provided by Water and Environmental Affairs minister Edna Molewa, in reply to parliamentary questions in April and May this year, reveal that 101 live white rhino have been exported from SA since 2007.

But the real number could be far higher; Cites’s own data shows that 193 rhino were exported from SA between 2007 and 2010 alone.

In response to Parliamentary question no 1 394, in May, no details were provided regarding importers and exporters, nor on whether Threatened or Protected Species permits were issued. In only 11 of 29 shipments had Cites protocols been observed. In the remaining 18, no information was provided.

An earlier parliamentary response in April – where information passed on to the legislature relied largely on export records at OR Tambo International Airport – was more forthcoming, indicating a small group of dealers accounted for most of the rhino exports recorded.

These included a company called Decai International, which exported 28 rhino in the period to Far Eastern zoos. Decai’s directors are Chinese, with only two in possession of SA identity numbers.

Chen said the company had not been able to fulfil requests from China for live rhino lately because the department had stopped issuing permits.

Alongside Decai, wildlife agency Bester Birds is listed as exporting 24 live rhino, and dealer Jimmy Magill six. Both Magill and Mike Bester denied any wrongdoing, insisting their exports were vetted and permitted.

Especially sketchy in the parliamentary replies was the information made available from the North West province, where Molewa was previously premier.

Water and Environmental Affairs officials are required by law to retain copies of all permits issued for the export of live rhino but no details were supplied to Parliament on exports. In every case it was only because the information was given in the OR Tambo paperwork that the destination of the rhino in question was revealed.

One such reference that slipped through is to the Longhui Breeding Company in Tailing Village in the province of Tianya. It is closely linked with the Chinese traditional medicine lobby, and campaigns to re-legalise the pharmaceutical use of rhino horn which was banned in China when it became a signatory to Cites in 1993.

Longhui’s website spells it out: “To provide our pharmaceutical raw materials, the company has built an endangered animals breeding station in Sanya, Hainan province.”

Its business plan says Longhui aims to produce rhino horn pharmaceuticals to the value of some $60 million (R500m).

Previous news: Nepal Pavilion of Shanghai Expo to be relocated to Sanya Nanshan

Next news: Storm Talim formed off Hainan, makes landfall in Taiwan near Taipei