Climax in Leg 8: VOR fleet pull off in heavy weather in last 24 hours 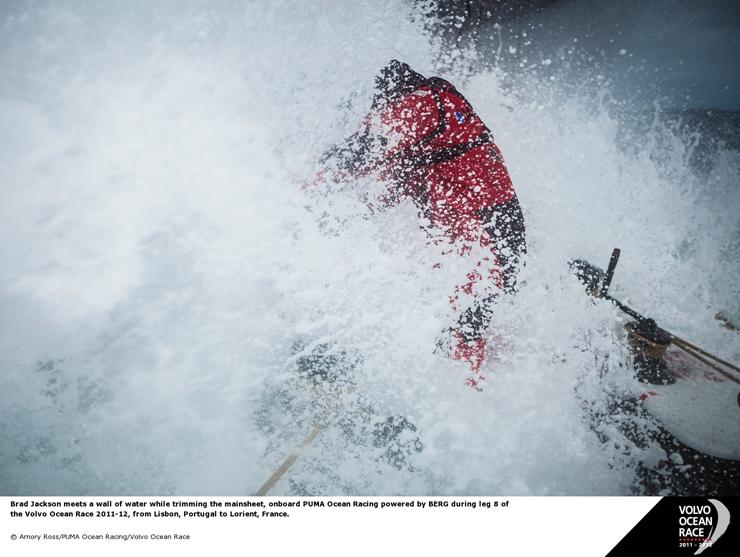 The overall result of the closest ever Volvo Ocean Race could hinge on a risky manoeuvre the teams will try to pull off in heavy weather, fading light and close to the eye of a violent storm later on Thursday.

With less than 500 nm to go before the teams reach Lorient, and just one more offshore leg to come, the 2011-12 race could all come down to how well the six crews, led by Groupama sailing team, carry out a daring gybe in winds of up to 40 knots in the last 24 hours of Leg 8. 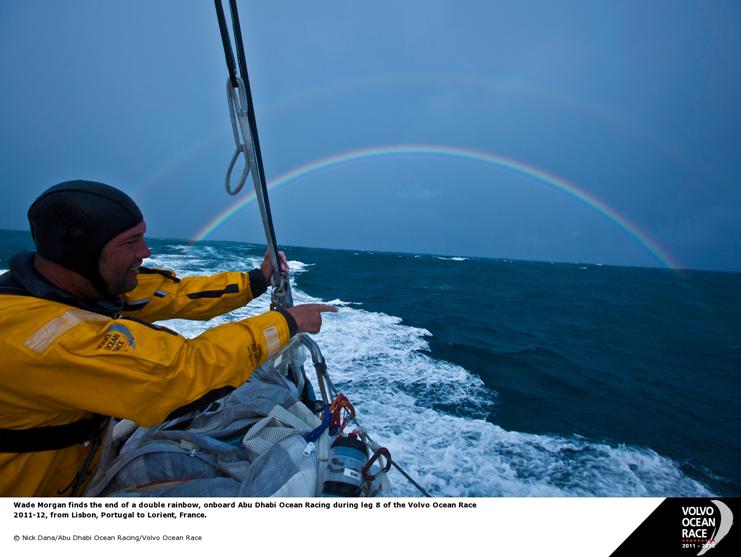 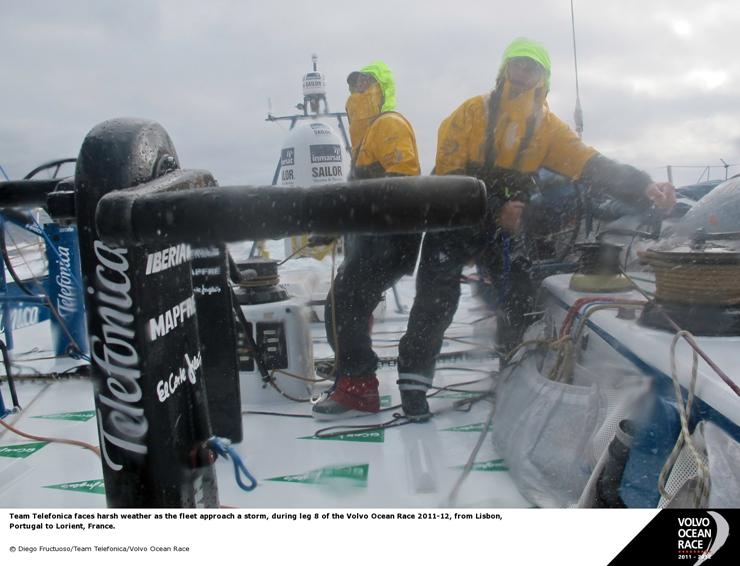 Telefónica, the overnight leaders on Leg 8 and one of four teams still in the running for the overall prize, posted a 24-hour run of 564 nautical miles to set a new best mark in the IWC Schaffhausen Speed Record Challenge.

Iker Martínez’s team were then given a reminder of how everything could yet change, however, when they slipped from top spot on the leg to third at the 1300 UTC position report after briefly slowing down before picking up speed again.

Telefónica are in second place overall, eight points behind Groupama. PUMA are 13 points off the leaders, with CAMPER 10 points behind them.

With just five miles splitting the top four boats the manoeuvre all are now contemplating could prove pivotal and will put the skills of the teams to the ultimate test when they’re at their most exhausted.

"The gybe is going to be super crucial — it will decide the winner,” said Andrew Cape, navigator on Telefónica.

"It’s a question of how far you want to push into the low — do you want a bit more wind, is it too much wind, how much shift do you get up for the gybe?

"This is really crucial. It will come this evening some time as it gets dark, and you’ll certainly see different ideas. It won’t instantly be who has the better idea — you won’t know till the end. When the breeze shifts a bit or picks up and you lay the finish, you’ll know.”

The critical gybe must happen following a record 24 hours for the fleet which saw CAMPER with Emirates Team New Zealand’s longstanding race record of 553 nautical miles, set on Leg 1 from Alicante to Cape Town, topple to Telefónica.

With plenty of runway still ahead, though, Telefónica are form certain of winning the trophy and the IWC Portuguese Yacht Club Chronograph Edition ‘Volvo Ocean Race 2011-12’ watches the race’s official timekeeper will give as prizes at the end of the race.

All six teams were pushing man and boat to the absolute limit in the knowledge that the results of Leg 8 could determine their overall finishing position.

"It’s pretty full on — it’s a bit like playing chicken really,” said Tom Addis, navigator with second-placed PUMA, who at 1300 UTC trailed Groupama by less than four miles with a 0.1-mile buffer over Telefónica in third.

"We have this really intense low pressure system really close to the finish and there’s very little time to make up for being conservative, so everyone is pushing pretty hard.

"There is worse to come, so we just have to try and keep it all together. If you’re too conservative you’re chances of winning are pretty slim because you’ve got very little time to make up the extra distance, so we’ll see how we go.”

After slipping down the rankings yesterday when their mainsail became stuck up their mast, Groupama were back up in pole position and determined to protect their overall lead.

PUMA were in second, 3.7 nm behind, with Telefónica a fraction behind and CAMPER 5.1 nm off the lead.

"Fingers crossed everything works out and we can keep pushing as hard as we can and not say goodbye to the lead,” Groupama helmsman Phil Harmer said. “Everyone is pretty tired, but everyone wants this one really badly. Amazingly, everyone is still smiling.”

The first boats are expected to cross the Leg 8 finish line in Lorient, France, at 1000 UTC on Friday.

Live video calls will take place with the six boats prior to their arrival in Lorient, which can be watched at volvooceanrace.com or livestream.com/volvooceanrace. 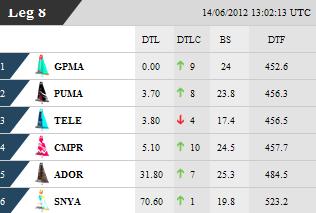