It’s not every day that a golf course gets to host a battle the likes of "The Match at Mission Hills." So how did the resort land the sure-to-be-classic duel between Tiger Woods and Rory McIlroy? 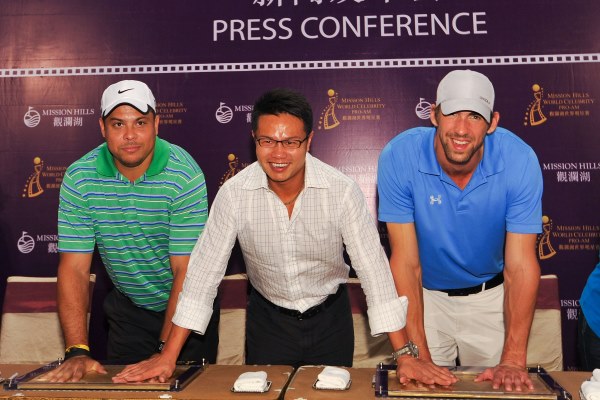 Related Link: Tiger Woods, Rory McIlroy Set For 1-on-1 Rematch in China
Mission Hills opened in 1994, two years after beginning construction on the original Shenzhen complex, where the first golf course was Jack Nicklaus’ "World Cup Course." Courses designed by Vijay Singh, Nick Faldo, Ernie Els and others followed. And when the nearby Dongguan complex opened in 2003, it boasted course designs by the likes of Greg Norman, Annika Sorenstam, and Jose Maria Olazabal.

Mission Hills entered the record books the next year – its 10 courses made it the world’s largest golf club according to the Guinness Book of World Records. Yet, the Chu’s weren’t done.

Ken took on his current CEO role in 2008, more than a dozen years after joining his father, David, in the family business. And as the new man in charge, Ken began to act on an Olympic-sized vision as the rest of his country focused on preparations for the Beijing Games.

He wanted to expand the resort into a resort destination, and he zeroed in on the tropical Hainan Island, some 400 miles southwest of Shenzhen. Chu found land in Haikou, the capital of the Hainan province. And two years later, Mission Hills Haikou opened to much fanfare.

The finest of the 10 courses at the Haikou location is the Blackstone one on which Woods and McIlroy will play. But it’s similar to its nine brethren in that each is a "volcanic golf course," meaning they integrate the natural lava rock formations.

Yet, Mission Hills Haikou isn’t just about golf – despite the collection of courses, the three-story clubhouse, and the immaculate golf academy. Amenities on the resort also include a hotel featuring 518 rooms and suites, 12 world-class restaurants, Hainan’s only aquatic theme park, a spa, and some therapeutic volcanic mineral springs. The Guinness Book of World Records honored Mission Hills again in 2012 by judging that the Haikou complex boasted the "World’s Largest Spa Resort."

No wonder the Mission Hills Resort Hotel is currently ranked No. 1 out of 448 hotels in Haikou on TripAdvisor.com, the world’s largest travel site. 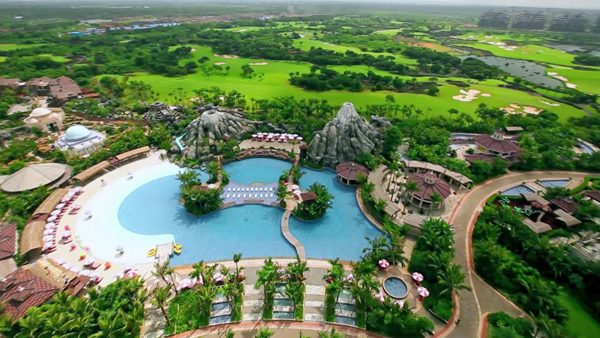 Yet, Woods and McIlroy won’t be the first superstars to enjoy the plush setting in Haikou, or play the Blackstone course (McIlroy’s actually already played it, during the Omega Mission Hills World Cup in 2011). Michael Phelps, Matthew McConaughey, Catherine Zeta-Jones and Hugh Grant were part of the field there for the 2010 Mission Hills Star Trophy tournament. In 2012, Ronaldo, Yao Ming, Andy Garcia and Ryan Reynolds were among the luminaries in the Mission Hills World Celebrity Pro-Am.
Staging big-time events on his big-time courses at his big-time resort is how Ken Chu has come to be known around China as "Mr. Golf."
SOURCE: visithainan.gov.cn
Editorial Message
This site contains materials from other clearly stated media sources for the purpose of discussion stimulation and content enrichment among our members only.
whatsonsanya.com does not necessarily endorse their views or the accuracy of their content. For copyright infringement issues please contact editor@whatsonsanya.com

Next news: HNA to partner with Spanish NH Hoteles for hotel expansion in Sanya