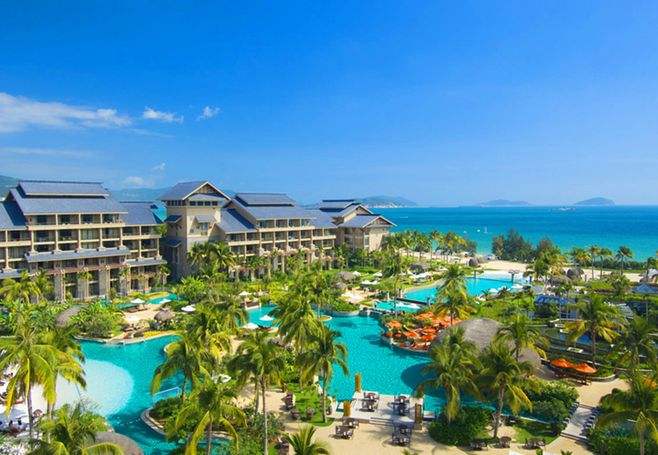 John Vanderslice, global head of luxury & lifestyle brands, Hilton Worldwide, said, "The introduction of the Waldorf Astoria brand into Chengdu marks another major milestone in Hilton Worldwide’s expansion across central and western China. We look forward to allowing more guests in China to experience the classic elegance and modern grandeur embodied in this iconic brand and also to helping embellish Chengdu’s status as a leading meetings, incentives, conferences and exhibitions (MICE) and tourist destination.”

The hotel will be located right at the heart of the Chengdu Tianfu New Area, opposite Chengdu Tianfu International Financial Center. The area has been earmarked to become a second city center and is also home to the South Chengdu Hi-Tech Development Zone. Towering at a height of 220 meters, the hotel will form part of a mixed-used development occupying the top 15 floors, with service apartments in the lower part of the building.

Mr Shen Guojun, chairman and president of China Yintai Holdings Ltd said, “We are excited to partner with Hilton Worldwide in our vision to build an iconic landmark right at the center of Chengdu’s financial city. A recognized leader in the global hospitality industry, Hilton Worldwide offers a wealth of hospitality development knowledge and expertise that complements Yintai’s pursuits of developing luxury hotels in China. We are confident the partnership will be a huge commercial success for both parties, and also elevate the development of the new city center.”

SOURCE: traveldailynews.com
Editorial Message
This site contains materials from other clearly stated media sources for the purpose of discussion stimulation and content enrichment among our members only.
whatsonsanya.com does not necessarily endorse their views or the accuracy of their content. For copyright infringement issues please contact editor@whatsonsanya.com