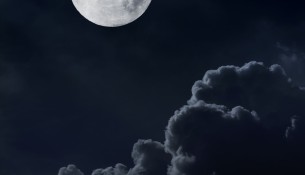 Allianz China has succeeded brilliantly in marketing its novel product – "moon viewing" insurance – making a profit and achieving huge publicity from the campaign. Under the policy, the insurer pays compensation to customers who failed, because of rain, to see the moon during the Mid-Autumn Festival last Thursday.

A total of 5,154 people across China purchased the policy – the first such cover in China. According to the terms of the insurance policy which Allianz China sold through Taobao, a giant Chinese e-shopping website, only insured people in cities where the moon was obscured by rain – and not overcast weather – are eligible for compensation.

Customers in 32 other cities – including Beijing, Shanghai and Shenzhen – who had bought the policy, cannot claim compensation because the moon was visible, according to Chinese media reports.

Allianz China did not say how much premiums it collected but some media reports speculate that the novel product earned it profits ranging from CNY160,000 (US$26,150) to CNY320,000.

Between 26 August and 5 September, in the lead-up to the festival, Allianz China had offered two moon-viewing covers: the first, priced at CNY20, stipulated that those insured in Shanghai, Guangzhou and Shenzhen could be compensated CNY50; the second, covering other cities, guaranteed a CNY188 payout for a premium of CNY99. Media reports say that Allianz China restricted sales of the policy in each city to a limited number of customers.

Data provided by weather.com.cn, the website run by the China Meteorological Administration, was used as reference. From 8 pm on 19 September to 2 am on 20 September, rain had been forecast in nine cities.

Meanwhile, the product has attracted debate among Chinese netizens. Some call it gambling Others call it a clever publicity campaign which is more effective than advertising.

SOURCE: visithainan.gov.cn
Editorial Message
This site contains materials from other clearly stated media sources for the purpose of discussion stimulation and content enrichment among our members only.
whatsonsanya.com does not necessarily endorse their views or the accuracy of their content. For copyright infringement issues please contact editor@whatsonsanya.com

Next news: Hainan plans to open two more duty-free stores in near future