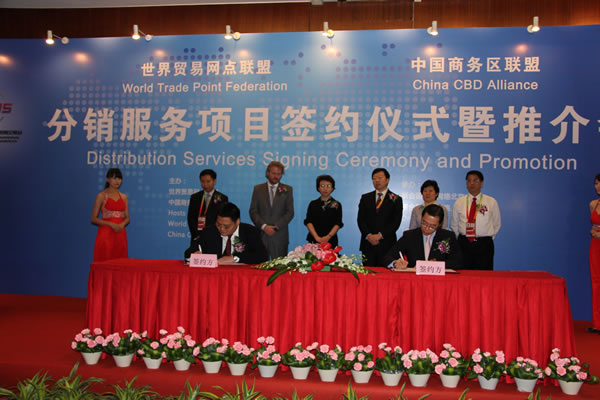 The store is likely to be located in Beijing’s Central Business District (CBD). Under the current policy for downtown duty free shopping only foreigners can shop in such stores.

Additionally, such stores can help lower the ‘threshold’ of China’s luxury market, the company said, thus enhancing the sector’s marketing and competitiveness.

"With the establishment of the downtown tax free and duty free shopping system, a complete industry chain will be formed for Beijing’s travel retail industry to promote the development of high-end retail business towards maturity,” CDFG said.

The Beijing breakthrough is likely to be followed by others. In the stand-out speech of the recent Gate One2One conference in Singapore, CDFG Vice President Charles Chen said: “We are communicating with relevant ministries to prepare for the re-opening of downtown duty free stores in Beijing and Shanghai. We have reached initial strategic agreements with local cities such as Beijing, Shanghai and Xiamen.”

CDFG posted sales of US$660 million in its last financial year, an extraordinary rise of +43.6%, driven by the success of ‘domestic duty free shopping’ on Hainan Island and expansion of the company’s airport business.

SOURCE: moodiereport.com
Editorial Message
This site contains materials from other clearly stated media sources for the purpose of discussion stimulation and content enrichment among our members only.
whatsonsanya.com does not necessarily endorse their views or the accuracy of their content. For copyright infringement issues please contact editor@whatsonsanya.com