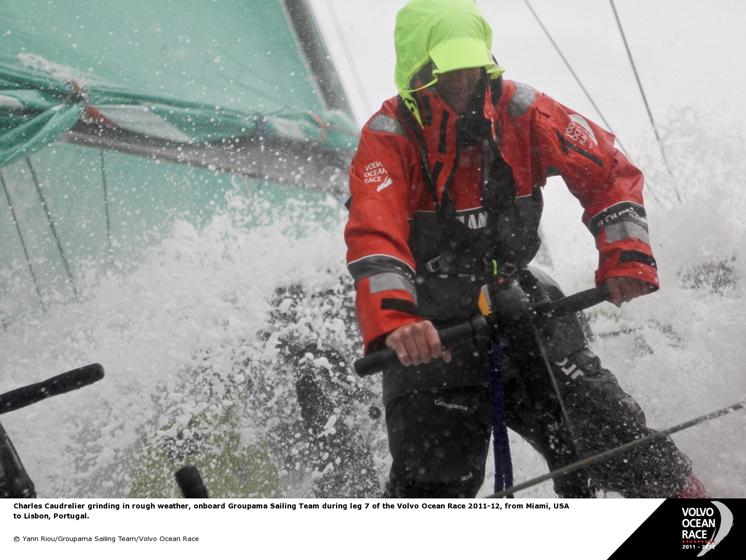 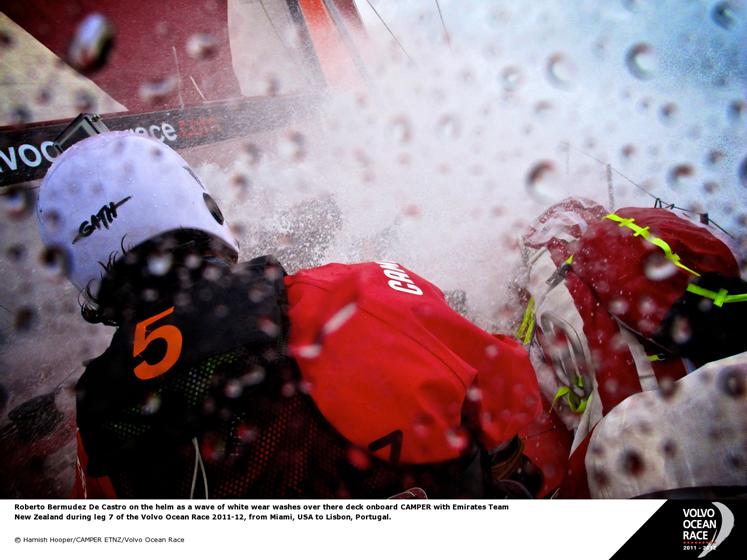 Leg 7 of the Volvo Ocean Race looked set to come to a thrilling climax in the final 36 hours of the transatlantic passage to Lisbon as the fleet began to compress in a high pressure ridge off Portugal on Wednesday.

At 1300 UTC Groupama were 14 nm off the lead but just 0.3 nm ahead of third placed PUMA. Overall race leaders Team Telefónica were in fourth, 29 nm from first place and two nm ahead of fifth placed CAMPER with Emirates Team New Zealand. Team Sanya remained in sixth, a further 20 nm back.

First to feel the effects of the 200 nm-wide light wind high pressure ridge moving east towards the fleet, long time front runners Abu Dhabi have been steadily closed down by the chasing pack over the last 12 hours. 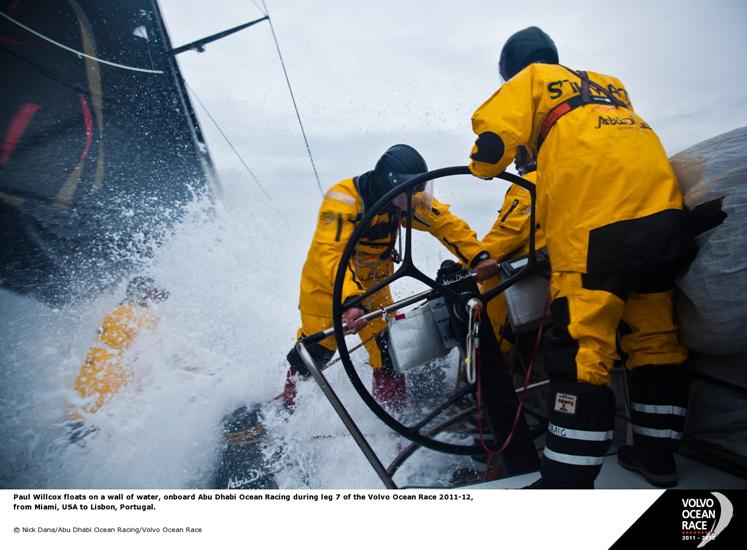 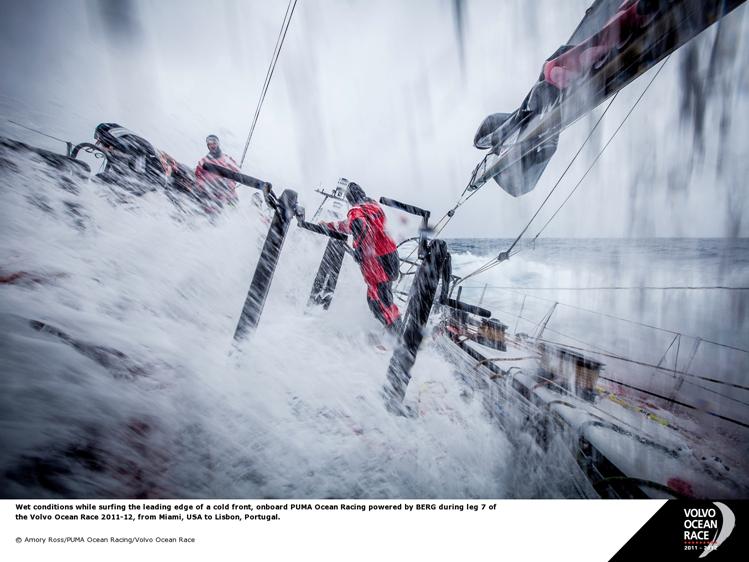 "It’s a tricky period at the moment as we’ve known all along we’re going to sail into light winds and everyone is going to come catching up pretty fast,” said skipper Ian Walker.

"No one likes to lose miles and at the moment we’re losing miles to all the other boats. So it feels a bit awkward, but we’re still in the lead so it’s not all that bad."

Walker said it was going to be impossible to cover every one of their five competitors who are currently spread 50 nm on a north west to south east axis.

"I guess what you try and do is put yourself between the boats behind and the mark (finish) and cover,” he said. “But it’s very difficult to do that without losing even more miles because we don’t have the same wind direction.”

"Sooner or later we’re going to have absolutely no wind, and it’s going to be a question of who pops out first.

"We have a day and a half racing to go to Lisbon and we’re sitting here in the lead with a chance of winning the leg and we couldn’t have hoped for much more than that when we left Miami.”

After languishing in sixth place just a few days ago, Groupama helmsman Charles Caudrelier said the crew were delighted with their comeback and were now focusing on reeling in Abu Dhabi.

"A couple of days ago we thought we had no chance of victory and now it is a possibility,” Caudrelier said. “There are still a lot of things left to do but we have come right back on the leaders."

Aware that their lead in the overall race is under threat, Team Telefónica were hoping the high pressure system will reshuffle the positions in their favour.

"Given where we are now, the overall lead can change easily,” said skipper Iker Martínez. “Hopefully not, but it looks like this can happen.

"We have us a big wall in front of with no wind, so anything can happen and it looks like it’s going to be very, very close until the end of the leg.”

Martínez said their priority was to score as many points as possible and that meant finding a fast route through the high pressure.

"Once we’re inside the ridge it’s going to be difficult to get through it,” he added.

"We have to try to take as many points as we can, it is very difficult for us but we just have to try. We’ll keep fighting as always.”

Race meteorologist Gonzalo Infante said he expected the fleet to be in the lightest winds at around 0000 UTC.

"The winds will decrease steadily today, dropping to no more than six knots for around six hours overnight,” he said. “The way the boats are lined up north-south means they could all enter the lightest winds at the same time.”

Infante said the first boats should start to exit the light air zone as the sun comes up and transition into solid northerly Portuguese trade winds which will build to 15 to 18 knots on the final day.

"It should be fast reaching to Lisbon,” he added. “The leaders should reach the coast of Portugal by sunset when there could be a transition to lighter more unpredictable breezes caused by the proximity to the city of Lisbon.

"There could be a few surprises in the final stretch up the River Tagus to the finish,” Infante said. “If they arrive around midnight, a patchy and shifty northerly wind may prevail, but if they are delayed until early morning, local thermal effects could mean light offshore breezes." 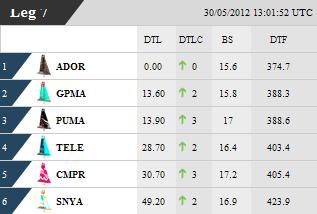 Previous news: Sanya, the honeymoon and wedding destination in China