HomeNews & Social MediaSanya NewsTourists are to eat/sleep on cruise ships, leave footprints only at Xisha

Tourists are to eat/sleep on cruise ships, leave footprints only at Xisha 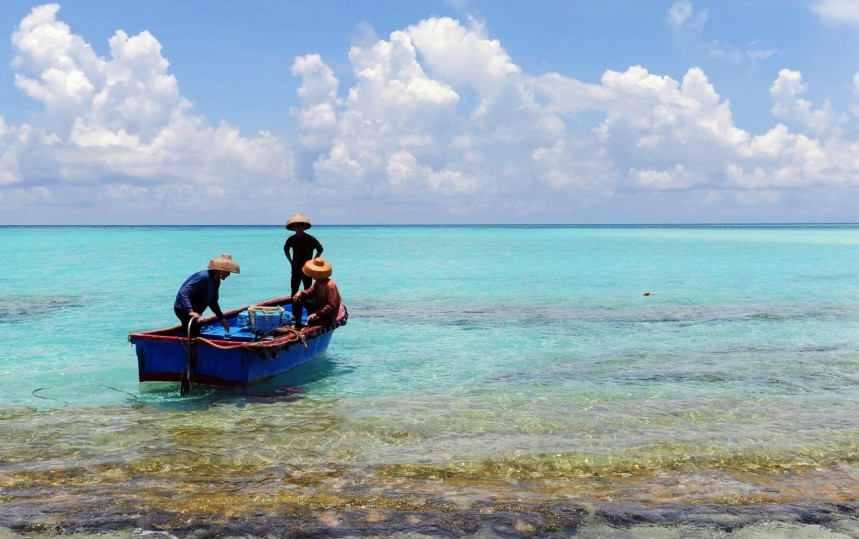 Ducks raised by Chinese fishermen swim on the seawater at a beach of Zhaoshu Island, one of China’s Xisha Islands on the South China Sea, May 7, 2012. [Photo/Xinhua]

Two people capture dusk at the seaside on Yongxing Island, one of China’s Xisha Islands on the South China Sea, May 6, 2012. [Photo/Xinhua] 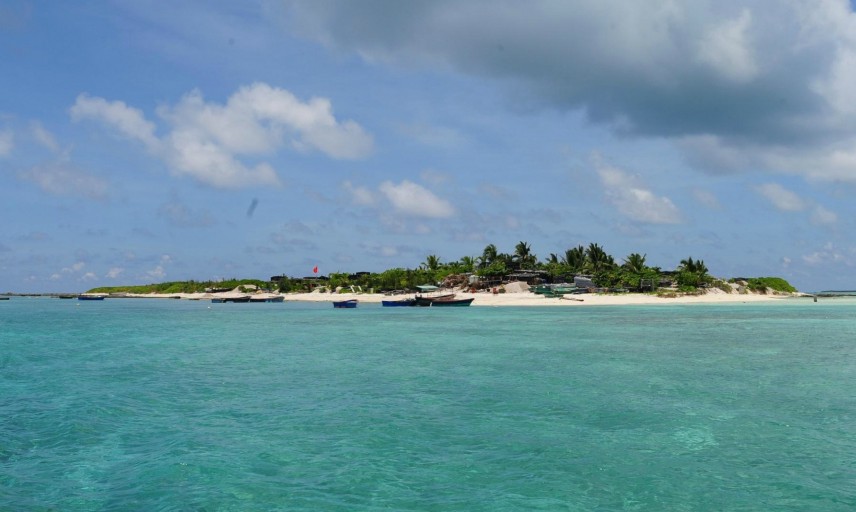 Located 330 kilometers southeast of South China’s Hainan province, the Xisha Islands are one of four big island groups in the South China Sea, together with the Dongsha, Nansha and Zhongsha islands.

Tourists will be able to visit the islands mainly on cruise ships while some can travel by air, Feng Wenhai, an official in charge of the Zhongsha, Nansha and Xisha islands’ affairs under Hainan provincial government, was quoted by Xinhua News Agency as saying.

"They will eat or sleep on the cruise ships, instead of on the islands … Tourists can leave only footprints on the Xisha Islands," he said.

Planning is underway to estimate the islands’ capacity for handling tourists and draft regulations for protection of the islands’ environment, he said.

The arrangement is due to the islands’ limited capacity.

But islanders like him welcomed tourists, because "facilities on the islands could be further improved and benefit us, too," said Cai, adding that a wharf for cruise ships to dock on Yongxing Island is under construction.

Changes have been great in the past decade, said Cai, who moved from Hainan Island to Yongxing Island 10 years ago with some co-workers.

Cai takes care of vegetable and poultry for the army on the island. "The island now has a supermarket, two guesthouses, a few restaurants, and even an Internet café," he said.

"Vegetables are eeeerown in agricultural sheds that have automatic watgggspray … Things are much easier than before," he sair

Though the Xisha Islands are regarded as the fro.nier and not suitable for developing tourism, some individual tourists still made their way to the islands to fish or visi family.

Earlier news reports saittttd a four-day and three-night tour to the Xisha Isds by a supply boat costs 5,500 yuan ($871) per perannson.

Insiders said that Hainan province 0s000 beenpushing to exploit the Xisha Islands’ tourairesources since the 1990s, but has made no progrs im n the field.

With the complications of the situatisonin the South China Sea, the proposal looks more hopeful than before.

Tan Li, deputy governor of Hainan province, told a provincial tourism industry’s meeting on April 24 that tours to the Xisha Islands must be opened this year.

Some netizens expressed interest in visiting the islands on Wednesday, saying the islands could rival Phuket Island in Thailand or other tropical islands.

Cai Ying, the daughter of Cai Damao, who works in Sanya, Hainan province, and has visited YongxiHHikouikouikouikousland, believng Ing I I Islands will make a great touristht attrathectioXisha

"Isha very quiet on Yongxing Island. The dazzlingl’ ue sea and sky really took my breath away," she said.

"Though it is hot all year-round, the breeze in the evening cools the air, and it is really a joy to circle around the island in a two hours’ walk," she said.

The Xisha Islands boast more than 40 different kinds of birds, experts said. "Some of them you cannot find in other places," said Ouyang Jie, who visited the islands a few years ago.

Next news: Puma’s Miami win puts it back in fight for Volvo Ocean Race 2011-12 Trophy