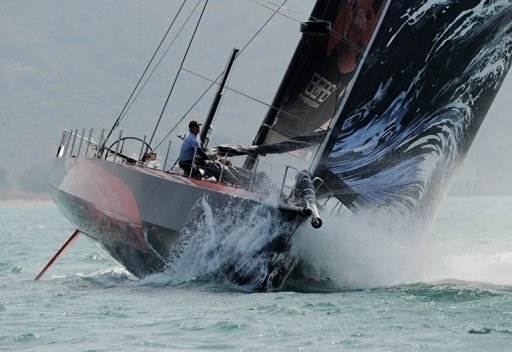 Any hope of making a decisive break before the end was seemingly gone as American crew Puma, the long-term leaders, continued to fend off attacks from Spanish/Kiwi team Camper and overall race leaders Telefonica of Spain as they raced towards the Caribbean Sea bound for the finish line Miami.

With winds and boat speeds forecast to drop over the coming days, Puma’s rivals were eying potential chances to make up ground bit by bit over a slow-moving final stretch.

"When we look back through the race, whenever it’s been light and tricky we have fared pretty well," said Camper skipper Chris Nicholson.

"We’ve been able to stay pretty strong this whole leg so far. We’re not going anywhere. We’re planning on being here right to the death on this one."

Despite being more than 100 miles behind the leaders, French team Groupama and Emirati crew Abu Dhabi were looking ahead to possible chances to get back into the game.

"We have got to be careful not to burn ourselves by going for an extreme option," said Groupama skipper Franck Cammas.

"If we pick an option we have to believe in it, not just give it all away.

"We do hope though that the best option will also be the more extreme one — it could be the chance we need."

Abu Dhabi crewman Justin Slattery added: "I think there will definitely be opportunities to close down on the opposition and hopefully come in at them from behind over the next two or three days.

"We are quite optimistic of getting a chance to get back into the game here and we will just see how it pans out over the next few days with Groupama."

The fleet are expected to arrive in Miami on May 9, with the 39,000-mile, eight month round the world race ending in in July in Galway, Ireland.