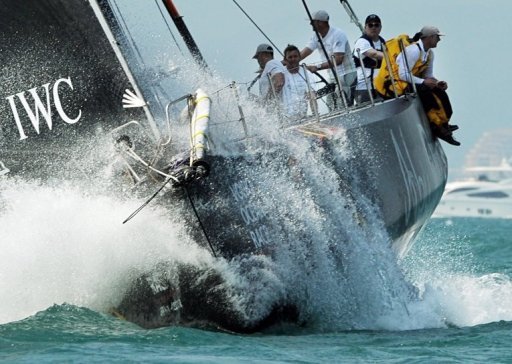 With around 2,400 miles and at least a week’s sailing still to go, Walker’s team were facing the reality of several days with little food at the end of the leg, which is taking longer to complete than expected due to light winds in the Atlantic Ocean.

"Despite a reasonably quick passage so far it is becoming increasingly clear that we will run out of food," said Walker, skipper of the race’s first ever Emirati team, currently in fourth place.

"This is in no small part due to the fact we cut everything right back to keep the boat light for the downwind sailing.

"We took two weeks’ worth of food – we have food until Monday and our routing is saying a Wednesday arrival at the moment.

"We’ll just have to be a bit hungry for the last couple of days."

Abu Dhabi’s rivals meanwhile were grateful of their decision to pack more food even though it would make their boats heavier during the 4,800-mile leg from Brazil.

"We didn’t pack light with food, we packed for 16 days," said Ken Read, skipper of American crew Puma as they led the fleet towards the Caribbean Sea.

"Getting through the Caribbean will be the big one – if we can get through unscathed then we’re pretty set on 16 days.

"But if things get bogged down again around there we could have to ration food yet again."

Will Oxley, navigator on second-placed Spanish/Kiwi team Camper, added: "We ignored the advice of our weather team and packed what we thought was correct, otherwise we might have been in trouble. Really, we couldn’t care how long the leg takes as long as we win it."

The fleet are expected to arrive in Miami on May 9, with the 39,000-mile round the world race ending in in July in Galway, Ireland.