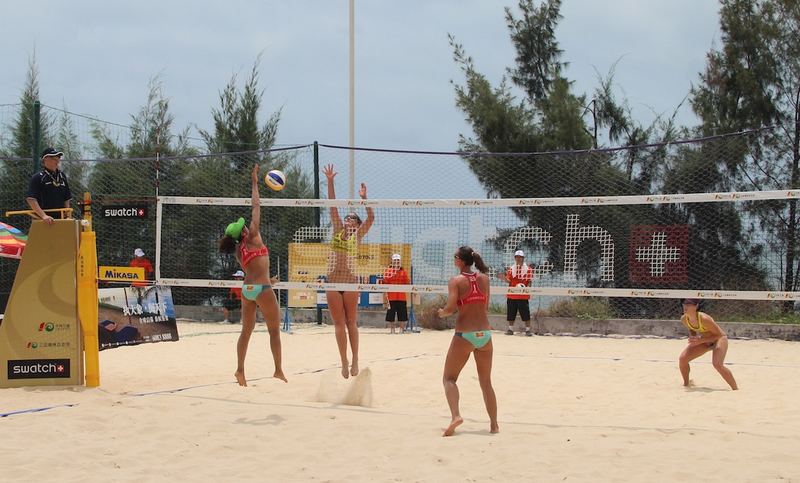 The FIVB Beach Volleyball SWATCH World Tour Sanya Open got off to an exciting start on Tuesday with teams from across the world in the running for the US$ 190,000 prize.

By Thursday the 20 original teams had been whittled down to eight who will now compete in the main draw event.

The semi-finals will be held on Saturday and the final on Sunday afternoon, followed by the awards ceremony.

This is the 5th year in a row that Sanya has hosted this event and this year it forms part of the qualifying tournament for the London 2012 Olympics in July.

Previous news: Hainan gets approval to build a supply dock off Jinqing Island