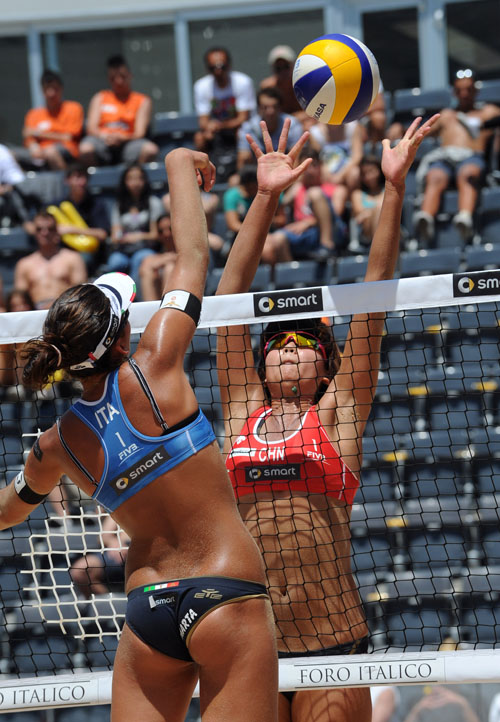 The Sanya Open is set to take place from April 24-29 in Sanya, China. The tournament will feature only women’s competitions and a total of 65 pairs from 27 countries of the world will be on board to showcase their amazing beach volleyball expertises in front of the international audience. The tournament will offer prize money of $190,000 to the successful teams of the competition.

Sanya Bay will serve as host to the first SWATCH FIVB World Tour event in China during 2012 season. Moreover, Beijing and Shanghai will hold two Grand Slam Tournaments in coming May.

This is the third consecutive year that the International Volleyball Federation (FIVB) has selected Sanya to host the SWATCH FIVB World Tour event. The first two editions of the Sanya Open featured both men’s and women’s competitions but this year it will serve as solo event for women. Previously, the pairing of Xue Chen and Zhang Xi secured the top slot in 2010 when they defeated Germany’s Sara Goller and Lara Ludwig in the final showdown of the tournament.

Earlier on, the Bay of Sanya hosted the first ever SWATCH FIVB World Tour competition in 2008. Back then, Xue Chen and Zhang Xi were attached to different partners. Zhang Xi was teamed up with Ying Huang and clawed their way to the final match. Nonetheless, the local duo failed to overcome Brazilian Talita/Renata and settled for silver medals.

Xue Chen recently stated, “We have produced our best ever results in the Brazilia Open and I believe good luck will always stay with us.”

This year’s tournament has extra significance as it will also serve as a qualifying phase for the 2012 Olympic Games. The Chinese duo is prepared to take full advantage of the familiar conditions and home support. Let’s wait and see until the beach volleyball scrimmage actually starts and better teams catch the limelight.

SOURCE: Bettor.com
Editorial Message
This site contains materials from other clearly stated media sources for the purpose of discussion stimulation and content enrichment among our members only.
whatsonsanya.com does not necessarily endorse their views or the accuracy of their content. For copyright infringement issues please contact editor@whatsonsanya.com