Shabby school in Sanya contrasts with high-end hotels, villas near it 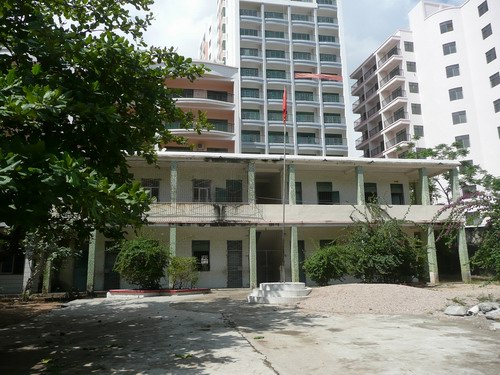 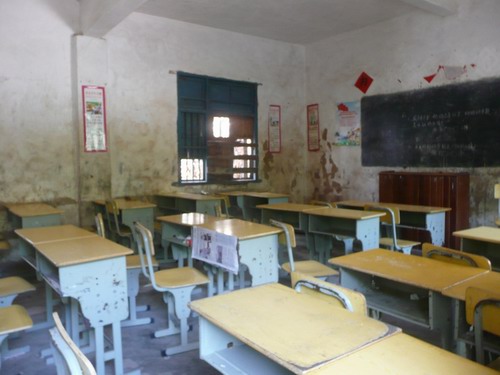 Inside the shabby school
Shattered windows, broken desks and dirty walls are a sad but common sight in rural schools in China’s underdeveloped west.

But the same sight can be seen in a classroom in Sanya, a bustling tourist city in south China’s tropical island province of Hainan.

A shabby two-story building belonging to the Haipo Primary School contrasts sharply with the city’s high-end hotels and villas, some of which are located just a stone’s throw away from the school.

Photos of the school were posted on Tianya.cn, a popular Chinese message board host, by a netizen using the screenname "King of Iron Fist." The photos caught the eyes of many users, who expressed their concerns regarding the state of public education.

A netizen with the screenname "yishenghaose" said that educational authorities failed to fulfill their obligation to improve the condition of the school, causing the students to suffer hardship.

Originally built in the 1960s, the school is attended by 140 students who are taught by 13 teachers, according to Feng Chanjuan, the school’s principal.

Sanya, a popular destination for Chinese tourists due to its beautiful beaches and abundant sunshine, is currently striving to become a world-class tourism destination. Construction in the village of Haipo, where the school is located, has witnessed explosive growth, with shining skyscrapers being erected one after another.

However, the school is just as destitute as it was before the construction spree began, if not more so.

Gong Weidan, deputy chief of Sanya’s education bureau, said the bureau earmarks a sum of money every year for the renovation of school buildings.

However, the Haipo primary school has been unable to benefit from the renovation fund because the property it sits on has been rezoned for commercial use, deterring educational authorities from pumping more money into the school, Gong said.

An official with Sanya’s urban planning bureau said the rezoning was the result of a previous zoning layout created by the government.

Feng said education is sometimes overlooked by local governments in their pursuit of fast economic development.

China’s total expenditures on education represent no more than 4 percent of the country’s gross domestic product, lower than the global average of 4.9 percent.

Feng said that while many students have moved to other schools due to the poor conditions, there is still a large number who come from families of migrant workers, whose meager incomes are not enough to allow them to send their kids to better schools.

"I hope we can have a new school building so that the students could study comfortably," Feng said.

SOURCE: People’s Daily
Editorial Message
This site contains materials from other clearly stated media sources for the purpose of discussion stimulation and content enrichment among our members only.
whatsonsanya.com does not necessarily endorse their views or the accuracy of their content. For copyright infringement issues please contact editor@whatsonsanya.com