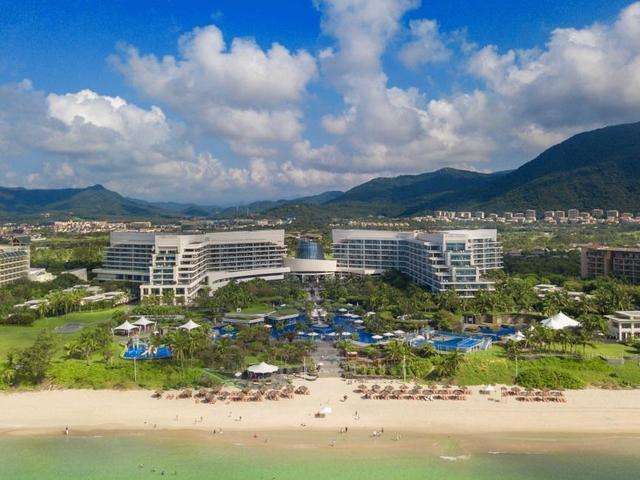 With recent hotel openings in Ningbo, Sanya, Yangzhou and Xian, Starwood Hotels & Resorts Worldwide, Inc. announced it has surpassed the opening of its 100th operating hotel in China with plans to open 15 additional hotels by the end of this year.

With eight hotels already opened in the first quarter of 2012, Starwood will open a total of 23 hotels in China in 2012, which is on pace with 2011 openings making 2012 the second consecutive year the company has opened a record number of hotels here in any one year.

"In addition to the record-breaking pace at which we are opening hotels in China, we've signed 12 new deals in the first three months of 2012 and Greater China accounts for 44 percent of our global pipeline driven by an ever-increasing Chinese domestic travel market, as well as the fast-growing international inbound market," said Frits van Paasschen, President & CEO of Starwood Hotels & Resorts Worldwide, Inc. "Additionally, China continues to be the richest source of new Starwood guests with more than 600,000 active Starwood Preferred Guest members which is up 62 percent from last year."

Since Starwood's landmark debut of The Great Wall Sheraton Hotel in Beijing in 1985, China has now become Starwood's second largest market in the world after the United States and Starwood continues to lead as the largest high-end hotel operator in the country. Looking ahead, Starwood's growth in China is being fueled by the power of its Sheraton and Westin brands and, increasingly, the momentum of the company's mid-market brands – Aloft and Four Points by Sheraton which now boasts the company's second largest pipeline in China behind Sheraton.

Sheraton is slated to open nine new hotels across China in 2012, reaching a total of nearly 80 hotels there by 2015. More than one-third of Starwood's new hotels in China will fly the Sheraton flag, building on the brand's 30-year legacy in the country. In mid-September, the iconic Sheraton brand will also celebrate the opening of the first phase of the 3,863-room Sheraton Macao Hotel, Cotai Central which will be the largest Sheraton, as well as the largest Starwood hotel, in the world. Offering three restaurants with poolside cafes, 20,000 sq m of meeting space and two outdoor swimming pools, Sheraton Macao is a highly anticipated addition to Cotai Strip, also known as the "Las Vegas of Asia."

Westin will open four new hotels in China in 2012, resulting in a portfolio of 18 properties in this key market by year's end, extending the brand's reach in second and third tier cities. The new Westin hotels will open in fast-growing cities across China, including Ningbo, Xiamen, Changbaishan and Taiyuan.

"About 70 percent of our hotel openings in Asia this year are in China," said Simon Turner, President of Global Development for Starwood. "The incredible growth of our portfolio owes itself to the strength of our brands, our strong teams, and the confidence from our investors and owners in delivering world-class hotels and personalized services to our guests."

After a successful year in 2011 opening St. Regis hotels in Tianjin, Sanya, and Shenzhen, Starwood's Luxury Collection brand will open two hotels this year – Twelve at Hengshan in Shanghai and The Royal Begonia on Hainan Island, China's first Luxury Collection resort. The Luxury Collection launched in China in 2010, with a suitably iconic property – The Astor Hotel – in Tianjin.

"With 100 million outbound travelers by 2015, China will become a major global travel force, and in fact, the largest travel market in the world," said Miguel Ko, Chairman and President, Starwood's Asia Pacific Division. "When they travel abroad, the Chinese will stay with the hotel brands they know from home, which underscores the significance of our growing footprint of flagship hotels in China and its halo effect on Starwood's hotels around the world. Now with the global roll out of Starwood Personalized Travel, we have once again taken the global hospitality standard to the next level – delivering personalized services to our Chinese guests anywhere in the world."