On the rise, Sanya’s well placed in Asia’s cruising grounds 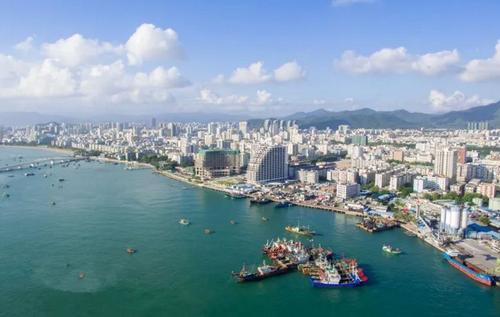 After cruising for a couple of seasons in the Mediterranean and the Caribbean, the Sanlorenzo 40 superyacht Onyx made its debut in Asian waters in December at the Asia Superyacht Rendezvous in Phuket, Thailand.

The superyacht was presented at the four-day Hainan Rendezvous in China, which started April 5, and visited Hong Kong before heading for the Singapore Yacht Show, April 27 to 29.

Offered for sale at a reported price of €13.5 million, or nearly $18 million, Onyx, which sleeps up to 10 guests, is also available for hire — one of several super- yachts that have made their way into the Asian charter market recently.

In November, Dockwise Yacht Transport, an international yacht logistics company, delivered a shipment of four superyachts and a catamaran to Phuket, all reportedly for charter, and Onyx will be joined at the Singapore show by Sea Bear, the 38.5-meter Westport yacht formerly owned by the golfer Jack Nicklaus.

Sun Bear, which is still decorated with some of Mr. Nicklaus’s golfing memorabilia, was recently bought by a Chinese-owned, Singapore-registered company and will be available for private and corporate chartering out of Singapore, under the management of Aqua Voyage, part of the KOP hotels and resort group.

Superyacht chartering in Asia is still in its infancy compared with the Mediterranean or the Caribbean, but agents see it as an area with great potential for growth.

“It is clear that, for those who make the effort to get off the beaten track and out to Asia, the rewards are rich,” said Tom DeBuse, representative of the superyacht management company Y.CO, based in Monaco, which chartered the 67.2-meter sailing superyacht Vertigo in Asia earlier this year.

With “myriad different cultures and cuisines to experience,” Vertigo was in the region for several months “but really only scratched the surface of what there is to see,” Mr. DeBuse said. “There is so much left to discover that her owner is considering bringing her back, and I am confident that the charter business will be there.”

Vertigo, which accommodates 12 guests and charters for $200,000 a week, cruised the waters off Vietnam, Malaysia, Myanmar and Thailand and is now in the Maldives before it heads to the Mediterranean playgrounds in May for the summer season.

According to the organizers of the Singapore Yacht Show, private charters are becoming more popular in Southeast Asia, and global charterers are starting to shift their focus from traditional cruising grounds in search of more exotic cruising destinations.

After the Mediterranean summer cruising season ends, in late September, yachts traditionally travel to the Caribbean for the winter. “However, increasingly, some are coming eastward to elongate the charter season, and enjoy Asian warmth,” said Clare Wray, the Singapore show’s sales and sponsorship manager. “What people are slowly realizing is that the sailing season is year round. Phuket, Malaysia and Indonesia are particularly popular.”

Von Go, general manager of Aqua Voyage, said the company’s charter business had nearly tripled since it started in 2009 with one 64-foot yacht.

"Now, we have a fleet of a few yachts,” Mr. Go said. “It’s a matter of providing the market a good supply of options — size, speed, amenities. The shorter cruise itineraries averaging at about four hours are very popular.”

Mr. DeBuse said his company had also noticed a marked increase in demand from charterers for superyachts in the Indian Ocean and Oceania.

"Thailand and Malaysia, the Maldives and, of course, the Seychelles remain the most sought-after destinations, and places like the Philippines are starting to attract attention,” he said.

Although it has some way to go, Asia is definitely becoming more viable as a yachting destination, he added.

"Facilities are improving throughout the area, with new marinas and support agents springing up,” Mr. DeBuse said. “I’ve heard from yacht chefs that Singapore gives them the choice of sourcing local delicacies and mixing these with provisions that can be flown in fresh — although this sounds like a small detail, food is a big part of luxury yacht charters so it’s encouraging news.”

Still, concerns over piracy on sea routes into the region, and restrictive local regulations, remain two big concerns weighing on the development of the industry.

"As we all know, piracy has been on the rise, with an increasing risk and cost involved in a straight run from Europe, causing some owners and captains to balk at the task,” Mr. DeBuse said. Still, he added, "risks can be reduced,” with reasonable precautions, “and the cost of additional security may well be covered by charter income.”

Jean-Jacques Lavigne, executive director of the Superyacht Singapore Association, said Indonesia recently had made some changes to its customs regulations that should facilitate the presence of superyachts in its waters.

In particular, yachts previously were required to pay a “bond” or deposit to customs to cover the possibility that they might undertake commercial ventures while visiting Indonesia, a condition that put off many captains and owners. In November, however, the customs bond requirement was removed, and the role of customs officials in policing yacht arrivals was sharply reduced.

Mr. Lavigne said this reduction in cost and customs red-tape should attract more superyachts to Indonesian waters and ports from, for example, Thailand, “if the new regulations are actually implemented and not left to interpretation by some people who have a vested interest in the status quo.”

Such a shift “will not happen overnight, but it could happen,” he said.

"A yacht could be based in Singapore, embark charter clients there and totally legally cruise in the Riau and Anambas and go back to Singapore,” Mr. Lavigne said, referring to two neighboring Indonesian island groups. “This is good for both countries.”