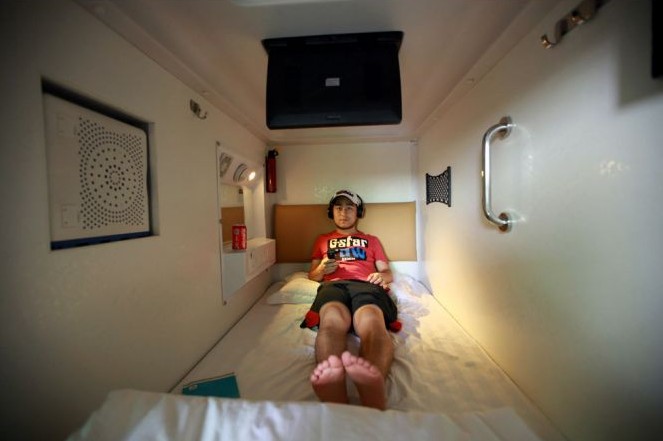 The capsule hotels made famous by Japan are finally making headway in China.
As of Aug. 13, for the equivalent of $10, a patron in south China’s Hainan province, gets the pleasure of sleeping in a room the length and width of a single bed. If they are able to move their arms and legs, they can avail themselves of the WiFi and flatscreen TV. For the more panicky moments, there is a ventilating fan.
The hotel, located in Haikou, has 26 capsules stacked into two rows. Photos below. 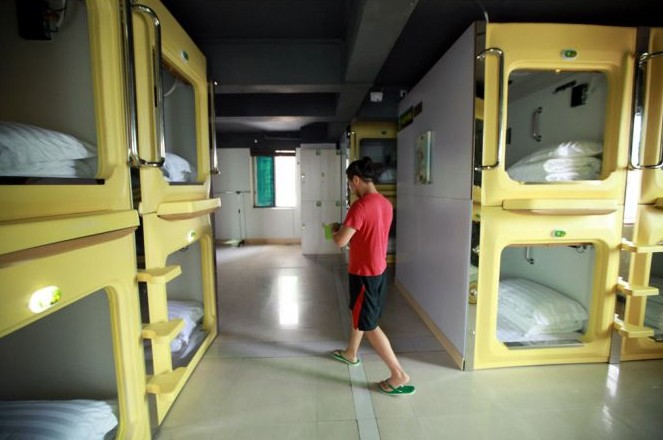 The original capsule hotels in Japan were meant to provide working men with an affordable option if they missed the last train home, since taxis had become too expensive. The first capsule hotel was built in 1979 in Osaka.
As Japan hit harder economic times, however, more and more guests were either unemployed or underemployed and began renting capsules by the month. Some patrons were drunk, others too embarrassed to face their families.

Russia recently got a capsule hotel, but for some reason likely involving claustrophobia, they haven’t really caught on in the West. New York’s pod hotel is a close cousin.

SOURCE: globalpost.com
Editorial Message
This site contains materials from other clearly stated media sources for the purpose of discussion stimulation and content enrichment among our members only.
whatsonsanya.com does not necessarily endorse their views or the accuracy of their content. For copyright infringement issues please contact editor@whatsonsanya.com