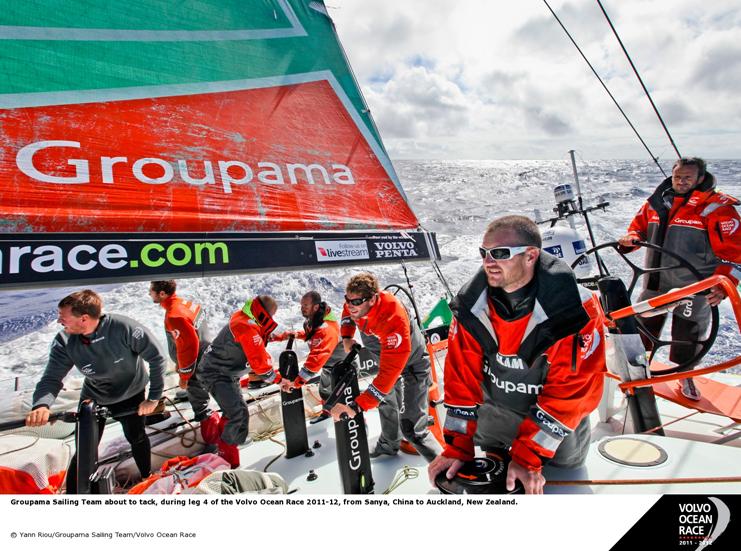 Groupama sailing team are a step closer to victory after a slick overnight transition from a light wind danger zone into fresh breezes all but locked-in their Leg 4 lead.

Skipper Franck Cammas led his team smoothly out of the South Pacific low-wind area with only minor delays to Groupama’s progress before crossing into a high pressure system at about 0000 UTC.

Reaching the new weather first has given the French team a jump on their competitors as the new weather system moves east, potentially leaving the trailing crews in decreasing winds.

Second placed Team Telefónica, PUMA Ocean Racing powered by BERG in third and CAMPER with Emirates Team New Zealand in fourth are not expected to get into the fresher south east winds before 1500 UTC today. 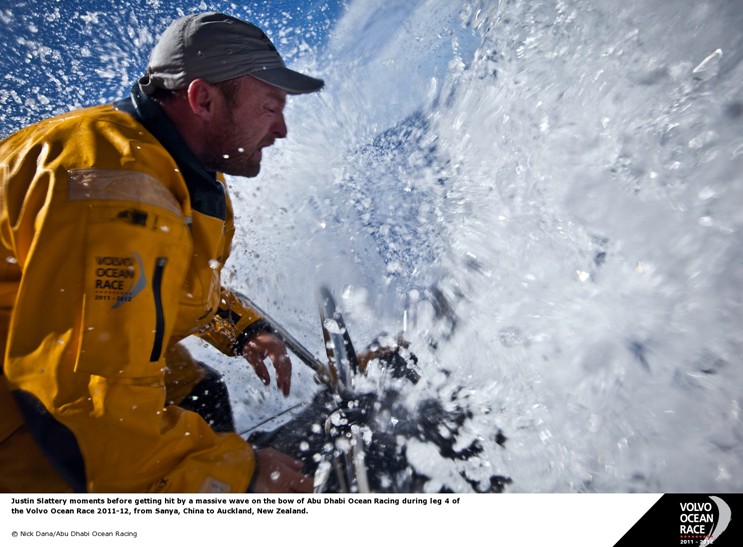 Meanwhile, Abu Dhabi Ocean Racing in fifth and Team Sanya in sixth could both be set to make gains by sailing a more direct route to Cape Reinga on the northern tip of New Zealand’s North Island.

Groupama watch captain Thomas Coville said the crew were exhausted from more than two and a half weeks of exposure to the elements, lack of sleep and the high level of concentration needed to fend off attacks from the fleet.

Coville said the team had been reinvigorated by the chance to claim their first offshore victory in the race but nevertheless remained vigilant with more than 450 nautical miles (nm) still to go.

"We’ve now found some wind, which is a much better sign for us,” he said after reaching the high pressure system. “We are thinking about the victory a little bit, but it’s far from over.

"We will live in the moment, each hour and each watch, and we’ll see at the end how that plays out. A race is only over once you have crossed the finish line,” Coville added.

The scrap for third place is heating up between PUMA and CAMPER with just 23 nm separating the pair at 1300 UTC after PUMA endured a second consecutive night of "raincloud induced agony” according to Media Crew Member (MCM) Amory Ross. 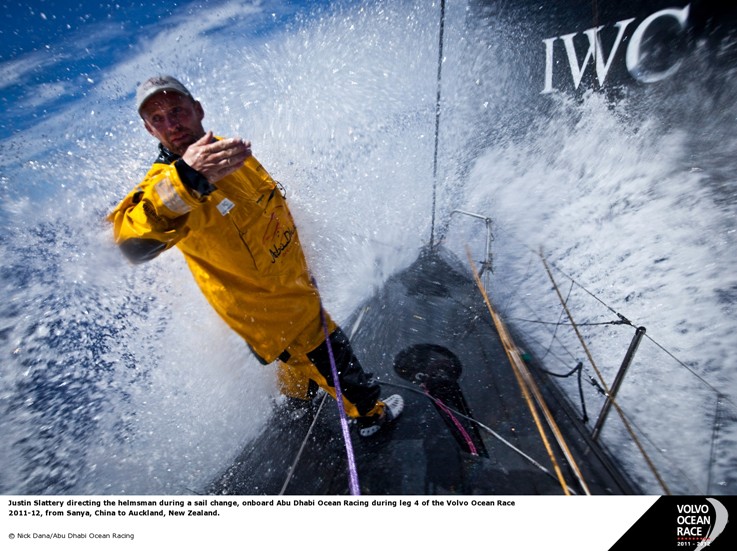 In a bid to gain some miles CAMPER navigator Will Oxley and skipper Chris Nicholson have opted for a more westerly course than PUMA and Telefónica.

Nicholson said he hoped his team would escape the clutches of the light wind area in better shape than PUMA as the runway to the finish shortens.

"Currently we are transitioning across a light section trying to break out of the north east trades and into the newly established south east breeze,’’ he said.

"PUMA have had a lot of leverage over us but it seems that it has been difficult for them to convert that into miles. Hopefully we will be within sight of each other once we get into new breeze, then it’s game on.”

Overnight Abu Dhabi and Team Sanya made gains on the top four while reaching towards the transition zone at average speeds over 16 knots.

But at 0900 UTC today Abu Dhabi’s bowman Wade Morgan said speeds were dropping as they began to feel the effects of the lighter winds. 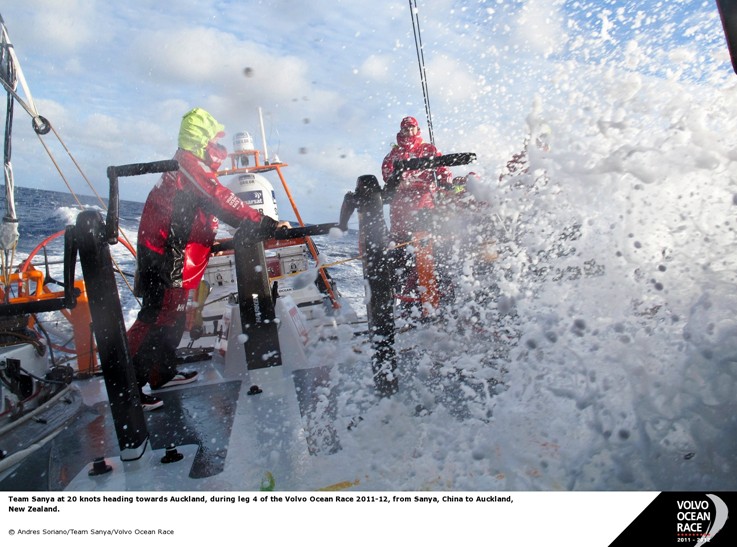 "We’ve just put up a bigger sail, our code zero,” the Australian said. “Right now we’ve got about 11 knots of breeze, it’s slowly dropping. We expect it to get quite light, to about seven knots.’’

On the upside, Morgan said Abu Dhabi may be able to use any mistakes by the boats ahead to their benefit.

"We get a good idea on where they are and we can watch their wind, so we can kind of gauge where we think the thinnest part of that trough can be,’’ he said.

"Ian (Walker, skipper) and Jules (Salter, navigator) are looking at it all the time to line up what is the best way through it and hopefully we will not stop — that’s the goal.”

Leg leaders Groupama are expected to reach New Zealand’s North Cape on Friday at about 1200 UTC, with Telefónica, PUMA and CAMPER forecast to get there around six to eight hours later.

The fleet then face a 190 nm stint to the finish at Auckland, where Groupama are predicted to arrive around 0900 UTC on March 10. 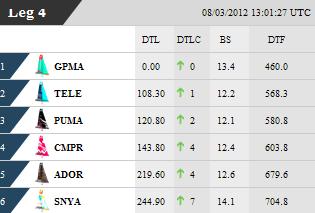