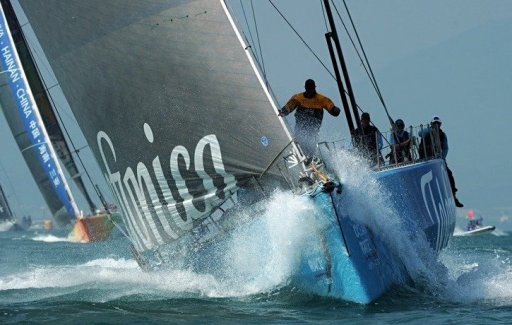 Skipper Iker Martinez, the joint 2011 world sailor of the year, has barely made a mistake in the nine-month, 39,000 nautical mile race around the world, which finishes in Galway, Ireland, in July.

But Telefonica have been off the pace in the leg from Sanya to Auckland, and a treacherous trek through the Solomon Islands in the Pacific only slowed the Spaniards as they chased leg leaders Groupama of France.

The US-led Puma’s pursuit of Groupama was hampered on Saturday after a torn jib needed to be hastily hauled on board to be sewn back together.

The six-strong fleet have just over 1,500 nautical miles still to sail to Auckland and are expected to arrive by next weekend.

Next news: Groupama extends lead, Telefónica’s back in the game