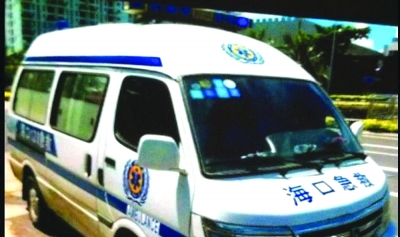 An ambulance driver in Hainan Province was dismissed after a woman showed off a coconut delivered to her with his ambulance.

The driver, surnamed Wang, worked for a township clinic in Haikou, capital of Hainan. A hospital investigation found he delivered the coconut to his friend, surnamed Zheng, after he dropped off an emergency patient at a hospital on July 9.

Zheng took a picture of the coconut and the ambulance and posted it on Weibo, which caused commenters to say such use of an ambulance is improper, and alerted local authorities, Xinhua News Agency reported today.

Wang violated the rules and used the ambulance for private purposes, local health authorities said. They removed him from his post.

The clinic was ordered to tighten its oversight of ambulances, the newspaper reported.

SOURCE: ecns.cn
Editorial Message
This site contains materials from other clearly stated media sources for the purpose of discussion stimulation and content enrichment among our members only.

Previous news: Langham Hospitality Group plans to open a resort in Haikou in 2015