The Hong Kong-based hotel group, which has 19 properties under its Langham, Langham Place and Eaton brands in London, Asia-Pacific and North America, has at least eight further management contracts confirmed already, with plans to sign more by the end of the year.

Simon Manning, its vice-president for sales and marketing, told Business Traveller: "We have a strategy to grow on all four continents [that the group currently has a presence in – Europe, North America, Asia and Pacific]." Business Traveller spoke to Manning in the same week as the group opened the Langham Chicago (pictured). Housed in the Mies van der Rohe-designed former IBM tower on North Wabash Avenue, the 318-room property is what Manning called "one of North America’s most stunning new luxury hotels".

Guestrooms start from 50 sqm and many have Chicago River views. Other facilities include the Pavilion lounge, where afternoon tea will be served, signature restaurant and bar Travelle, serving Mediterranean food, a gym and Chuan spa totalling 2,000 sqm, a 370 sqm Langham Club lounge, and 1,400 sqm of event space.

The Chicago hotel is the third North American addition to the group’s portfolio in the past few months. On July 1, the 1,590-room former Delta Chelsea in Toronto joined its four-star Eaton brand following a US$9 million refurbishment.

In May, meanwhile, the first Langham Place outside Asia opened in New York, after the group took over management of the Setai Fifth Avenue (see online news, May 3). Langham Place is the group’s art-led modern luxury brand. 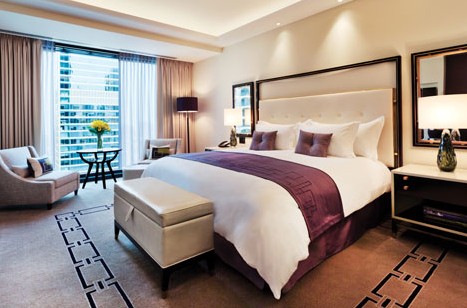 "It means we’re now in the two key financial markets [in the US] so our brand awareness will grow exponentially… It’s great growth for the group and to have all our key brands in North America in one year is terrific," Manning said.

The new properties bring LHG’s room count in North America from 698 to 2,818. There are already Langham hotels in Boston and Pasadena, Los Angeles.

Manning said: "We want to put Langham or Langham Place hotels in Washington, Miami, San Francisco – they’re the next hit list of destinations for us where we believe we can enter the market very successfully… We’d like to identify a Langham for New York eventually and we could put a Langham Place in Los Angeles too in the right area."

Meanwhile, the group is due to launch a number of properties in China in the next few years. This year, Langham Place hotels are scheduled to open in Guangzhou, Ningbo and Xiamen. The brand is set to arrive in Datong in 2014, Qingdao in 2015 and Dalian in 2016.

Qingdao is also set to get an Eaton hotel next year, while a Langham property is due to open in Haikou in 2015.

"Our goal is to be in all the primary and secondary cities [in China]," Manning said. "In the rest of Asia, we’re seeking deals for South East Asia, where we hope to make some major announcements by the end of the year." 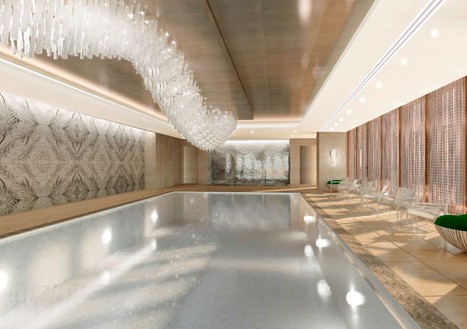 "We would like to be in Perth and Brisbane and are identifying opportunities in those two cities."

In Europe, where the group currently only has its London property – the first to open back in 1865 – Manning said it was "actively identifying deals in key cities we’d like to be – eg, Paris, Milan, Rome".

In London, there are plans to convert two floors of the adjoining Langham House building into an additional Royal suite and a Club lounge with its own private entrance. Works will start next year and it is hoped they will be completed in time for the hotel’s 150th anniversary in 2015.

SOURCE: businesstraveller.com
Editorial Message
This site contains materials from other clearly stated media sources for the purpose of discussion stimulation and content enrichment among our members only.
whatsonsanya.com does not necessarily endorse their views or the accuracy of their content. For copyright infringement issues please contact editor@whatsonsanya.com

Previous news: Sanya maintains 100% of days with good air quality for Q2 of 2013

Next news: Ambulance driver gets fired after using ambulance to deliver coconut in Haikou