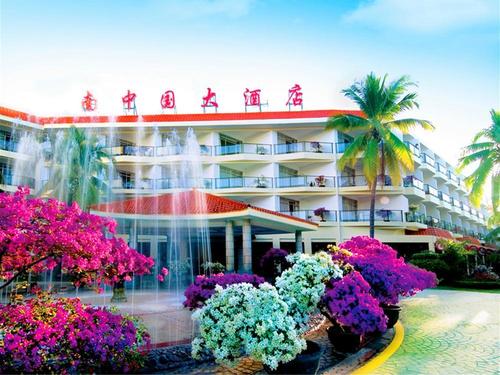 Tragedy happened at the Sanya South China Hotel in the afternoon of 30th Jan after 3 touts soliciting on Dadonghai beach had conflict with employees of the South China Hotel, resulting in 3 injured touts, among which one was sent to the Intensive Care Unit(ICU) and died at night,15th, Feb. The 12 hotel employees have been arrested by police.

One of the wounded surnamed Huang told a reporter that they all come from Jiangxi Province and work for a marine entertainment company, taking kickbacks by soliciting tourists for diving.
At about 1 o’clock that day, he and some other fellow men reasoned with the security guards of the South China Hotel after one man surnamed Deng was abused and beaten by the security guards when he was soliciting. However, they were beaten by a dozen hotel employees armed with sticks and shovels after a short talk. “The three of were us nearly beaten to death because we didn’t run as quickly as others”, said Huang.

The badly injured Li Weixing was sent to the emergency room and died at night, 15th, Feb. According to the police, these 12 employees were arrested on the 16th.