Bad news of Sanya travels – The Star reports in Malaysia 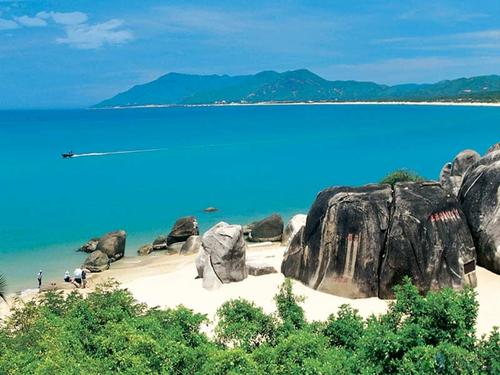 The southern Hainan province is a popular tourist destination. But over the past few years, unscrupulous businessmen and restaurants have begun to fleece tourists and visitors, giving Sanya a bad name.

SANYA in southern Hainan province is one of the tourist destinations many people like me would recommend to foreign tourists to China especially if they were looking for a tropical climate experience and beaches.

But after what happened in the coastal city during the Chinese New Year festive season, I would also give them a warning about unscrupulous businesses.

Over the last three weeks, Netizens lamented over their expensive trips to Sanya during the peak holiday season.

They claimed that restaurant and scenic spot operators and taxi drivers fleeced them.

A Netizen named “Beijing Ying Zi” said on his microblog that a few friends of his had returned from Sanya feeling cheated by unscrupulous businessmen.

Chinese actress Ma Yili said on her microblog that two of her assistants were asked to pay 800 yuan (RM382) for two dishes consisting of cuttlefish and fried eggs with tomato sauce.

"They had to call their local Sanya friends to settle the matter. The locals told them not to go to roadside stalls but proper restaurants where prices of food items were listed,” she said.

Then there was a family of three who were swindled at a seafood restaurant and their experience became an instant hit on the Internet with thousands of Netizens saying they had similar experiences.

The family was recommended by a taxi driver to have their meal at the restaurant.

They ordered three dishes. But when they were served with a bill of 4,000 yuan (RM1,910), it left a bitter taste in their mouth.

A man at the next table asked the restaurant owner how much a fish cost.

"Let’s not go to Sanya next time. The amount that we were cheated of was enough for an overseas trip,” he said.

It was this bill containing details like the restaurant’s address and contact numbers that provided a lead for Sanya authorities to take action against the owner.

Following the furore on the Internet, the city’s price valuation and industry and commerce bureaus conducted an investigation at Haidao Fishing Village Restaurant in Sanya Bay.

The authorities slapped the restaurant with a 500,000 yuan (RM238,569) fine and had its business licence suspended for overcharging customers.

The episode prompted Hainan vice-governor Jiang Sixian, who is also Sanya party secretary, to apologise to the public for being swindled during their stay.

"Most businessmen and workers in the tourism industry abide by the laws. But there is still a small group of black sheep that’s causing tremendous damage to the city.

"We will have zero tolerance towards these unscrupulous people,” he said at a recent press conference in Sanya.

He promised to conduct a thorough probe into the dishonest businesses and pledged to improve its complaints hotline and delivery system so that the public could report any incidence to the relevant government agencies with ease.

Sanya is renowned for its nice beaches and warm weather.

In recent years, the city has become more popular with tourists following the Chinese government’s policies to boost the economy in the southern region.

In 2010, the government approved a long-term development plan to turn Hainan island into an international tourism resort.

Hainan opened its first duty-free shop in Sanya last April and a second store in Haikou in Decem­­ber.

According to local tourism bureau’s statistics, Hainan received 1.35 million visitors from home and abroad during Chinese New Year, up 20% year-on-year.

However, the boom has led to soaring housing prices and an influx of workers and entrepreneurs, especially those who come to the city to make a quick buck and mar the city’s image.