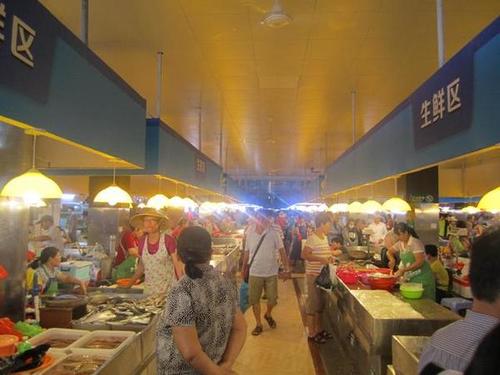 The Party chief of Sanya, an seaside resort city in south China's Hainan Province, has made a public apology after thousands of netizens vented their anger regarding overcharging by hotels and restaurants during the recent Spring Festival holidays, exerting overwhelming pressure on local and provincial authorities.

Jiang Sixian said at a press conference yesterday that local authorities would toughen regulations to build Sanya into a high-end resort, according to China Central Television.

"We will carry out a zero tolerance policy towards overcharging," Jiang said.

Local authorities are tracking down the netizen who first exposed the scandal on Weibo.com, drawing widespread indignation. They have asked him to come forward and provide conclusive evidence in the ongoing investigation.

But Luo Di, who spoke of a miserable dining experience endured by his friend during the Spring Festival holiday in Sanya, has refused to show up, the city's industry and commerce watchdog said after a meeting on Tuesday.

Luo revealed that a simple three-course meal cost his friend, surnamed Gao, 4,000 yuan (US$634.4) at a seafood restaurant called Fulin on January 25.

"My friend told me that a man sitting with him only inquired about the price of a fish without ordering it. But the restaurant owner immediately cooked the fish and charged him 1,160 yuan per kilogram," Luo wrote on his microblog.

His post was forwarded more than 40,000 times before he deleted it on Sunday.

The Fulin restaurant has been closed as a probe of its pricing practice continues.

The Sanya industry and commerce bureau collected a total of 180 consuming vouchers printed between January 24 and 27, and questioned the 26 employees of the restaurant, but didn't find any evidence to confirm the overcharging, according to CCTV.