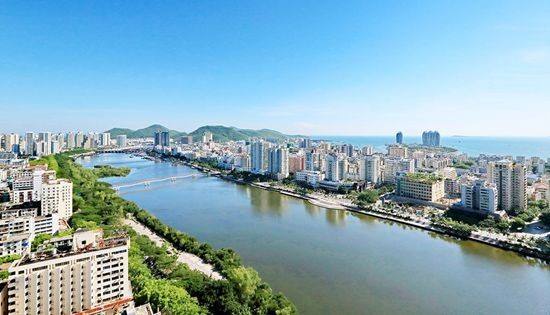 "We didn't even have time for toilet breaks because there were just too many clients," Zhu said. Today, sales in the second-biggest city on the tropical island often called Hawaii of the east for its sandy beaches and weather, are "bleak," he said.

A two-year lending binge and the government's plan to transform Hainan, in the South China Sea, into an international tourism destination helped fuel a 48 percent surge in Sanya's home prices last year, making it the nation's best-performing property market. But as China switched gears this year with policies such as increased deposit requirements designed to curb speculation, Sanya's home prices have tumbled 28 percent since last December.

"It was really no different to what was driving prices in other cities in China, which was an explosion of liquidity that caused asset inflation across the country," said Patrick Chovanec, an associate professor at Tsinghua University's School of Economics and Management in Beijing.

China spent 4 trillion yuan (US$628 billion) to shield its economy as credit markets froze when Lehman Brothers Holdings Inc collapsed in September 2008. It also encouraged banks to lend out a record US$2.7 trillion in 2009 and 2010, fueling a surge in home prices and construction that it's now battling to restrain after warning of an asset bubble.

While the rest of China hasn't experienced a property collapse since people were given ownership of their previously state-owned homes in 1998, Hainan, part of about 200 islands that make up China's smallest province with the same name, is in the midst of its second rout in 20 years.

Residential property prices in Sanya fell 28 percent in November from a record high of 32,020 yuan per square meter last December, according to Centaline Property Agency Ltd, China's biggest real-estate brokerage. Sales fell 52 percent in October to 36,600 square meters from last year, and more than 80 percent of buyers are not locals, the agency said.

Zhu, the realtor, sells high-end apartments in eight buildings with ocean views or overlooking golf courses in the Serenity Coast complex, which is still being built and will include five-star hotels, a music hall and water park. Zhu said only about 70 units were sold during the week-long October holiday, which "couldn't be compared with last year," declining to give the 2010 sales figure.

A three-bedroom apartment in the luxury development sells for about 49,000 yuan per square meter on average, while a penthouse could cost as much as 13.8 million yuan. The Serenity Marina in the project will be the host port and race village for the Volvo Ocean yacht race in February.

Globally, it's the luxury holiday property sector of the real estate market that typically is first to fall and often drops the most when property markets sour, Jeremy Helsby, CEO at Savills Plc, the UK's biggest brokerage, said in an interview in Shanghai.

"You get what we call the froth of the market: it's the first bit of the cappuccino you drink," he said. "It tastes very good, but when the market goes down, the froth goes very quickly."

In the United States, Miami-area homes are selling for about half their December 2006 peak, according to the S&P/Case-Shiller index.

The government unveiled a plan in December 2009 to build Hainan into an international tourism center. Hotel chains such as Starwood Hotels & Resorts Worldwide Inc and Marriott International Inc line up along Yalong Bay, to Sanya's east.

The island has hosted the Boao Forum for Asia, a gathering of government and business leaders modeled on the World Economic Forum in Davos, Switzerland. It also is home to Hainan Airlines Co, backed by billionaire George Soros.

Next news: Team Sanya repairs cradle on Xmas Eve before heading to UAE