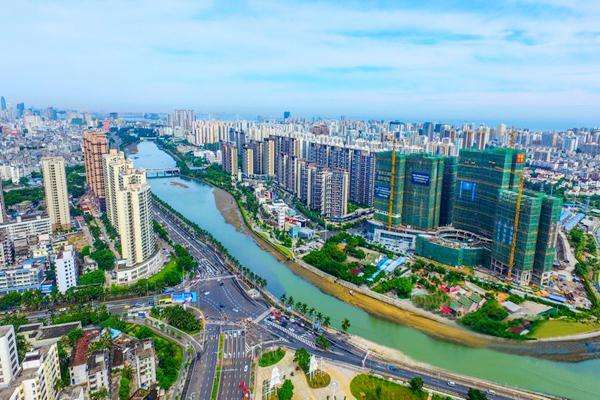 Haikou's Haidian Island has never had any large movie theaters, and whenever island residents want to see a movie they always need to leave the island, which is quite inconvenient. This situation will be ended soon, as an IMAX theater will be built in Haidian Island. It is projected to open by the end of next year.
Recently it was reported that the IMAX theater, being jointly built by Haikou City Film Company and Hainan Kangda Investment Co. LTD., will be located in Haidian Island at the intersection of Renmin Ave. and East Second St., with a total area of 2,700 sq. m.
The complex will include one international-standard IMAX screen, 3 regular screens, and three small screens. Centering on the IMAX theater, several gyms and department stores will also be built in a green shopping park, satisfying the growing needs of Haidian Island's residents.
The project has been officially launched, with construction planned to begin in September of this year, and the official opening projected in December of next year.
IMAX is a movie screening system that can screen movies on a larger screen than traditional theaters. IMAX screens are truly enormous, with screens stretching up to 5 stories tall.
SOURCE: Visit Hainan
Editorial Message
This site contains materials from other clearly stated media sources for the purpose of discussion stimulation and content enrichment among our members only.

Next news: 10 trains to be added to Hainan East Ring High-speed Rail for Duanwu Festival