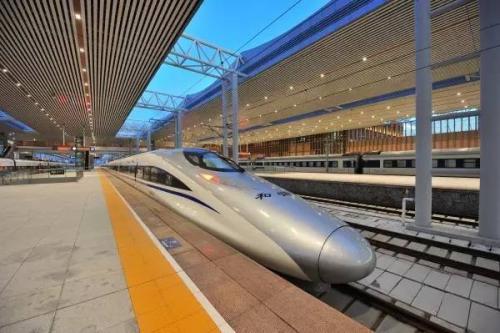 China lowered the prices of tickets and reduced the speeds of high-speed railways, reports Modern Express, citing the Ministry of Railways. The adjustment will take effective on August 16. The speeds of the Beijing-Tianjin and the Shanghai-Hangzhou line were lowered from 350 kilometers to 300 kilometers per hour, and tickets are now five percent cheaper.
The number of trains traveling along the Beijing-Shanghai was reduced from 88 to 66. Fifty-two of the trains are managed by the Shanghai Ministry of Railways.
Speeds of some routes including the Hefei-Nanjing, Wuhan-Nanjing, Shijiazhuang-Taiyuan, Jiujiang-Nanchang, Haikou-Sanya, Changchun-Jilin city and Qinghuangdao-Shenyang were required to slow down from 250 kilometers to 200 kilometers per hour.
The central railway bureau has not adjusted high-speed routes connecting Beijing and Shanghai and Shanghai and Ningbo, as they have already been reduced.
After adjustment, it will take 20 minutes longer to travel from Nanjing to Hefei, a route that was previously covered in just one hour before the adjustment. It now takes four hours for high-speed trains traveling from Nanjing to arrive in Wuhan; before, it took three hours.
For the Nanjing-Hefei route, first and second class ticket prices were reduced from 77 yuan and 65 yuan to 73 yuan and 62 yuan, respectively. Ticket prices of the Beijing-Shanghai and Shanghai-Ningbo routes were not adjusted in this latest round of price changes.
The Ministry of Railways pointed out that Several CRH380BL trains that were produced by China CNR Corporation (601299) have malfunctioned several times since being put into operation. The state-owned firm has decided to recall the trains for a two-phase maintenance period and adjustments. In the first stage, the Beijing-Tianjin, Haikou-Sanya and Guangzhou-Zhuhai routes will be given new speeds and ticket prices starting August 16. Adjustments to the other routes will be made on August 28.
SOURCE: capitalvue.com
Editorial Message
This site contains materials from other clearly stated media sources for the purpose of discussion stimulation and content enrichment among our members only.