MGM Hospitality to open its 1st luxury hotel in Sanya 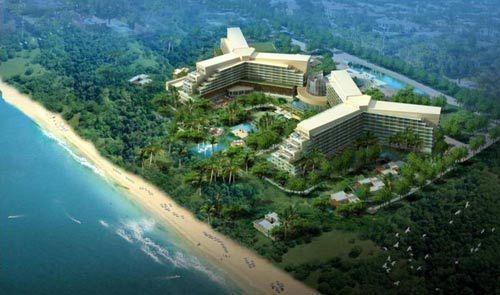 MGM Resorts International (MGM), the biggest casino operator on the Las Vegas Strip, may open as many as 30 hotels in China in the next three to four years to tap increasing demand for luxury travel in the country.
MGM Hospitality, a unit of the company that focuses on luxury hotels, is currently building 20 hotels in the Asia- Pacific region, with nine of those in Chinese cities including Shanghai and Ningbo, said Michael Sagild, managing director for Asia-Pacific development at the unit.
Demand for luxury goods and travel in China may rise by as much as 25 percent to account for 44 percent of the world's total by 2020, Credit Agricole's CLSA said in a February report. MGM Hospitality plans to open its first hotel in the country in Sanya, Hainan Island, in the fourth quarter, Sagild said.
"If I had spoken to you nine months ago I would have said we may get to about 15 hotels in China in the next three to four years," Sagild said in an interview in Hong Kong, where he's based. "Today, it maybe 30 because in the last four months there's been an absolute rush on brands. There's still a lot of developers who're interested" in opening hotels.
MGM Hospitality is expanding in Asia with projects in cities including Kuala Lumpur, Singapore and Jakarta, where "the growth in the wealth of some of the Indonesian families is just absolutely phenomenal," said Sagild.
SOURCE: bloomberg.com
Editorial Message
This site contains materials from other clearly stated media sources for the purpose of discussion stimulation and content enrichment among our members only.
whatsonsanya.com does not necessarily endorse their views or the accuracy of their content. For copyright infringement issues please contact editor@whatsonsanya.com