4 killed after van-truck collision in highway tunnel in Sanya 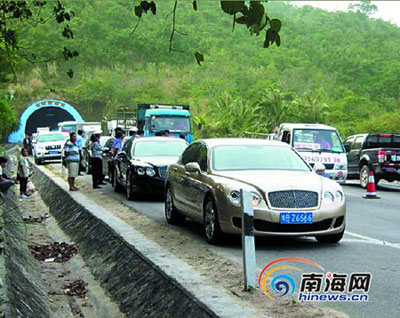 Four were killed Friday after a van rear-ended a truck in a highway tunnel in Sanya City, south China's island province of Hainan, authorities said.
The accident occurred at around 5:30 a.m. in the Damao Tunnel of Sanya City. All of the four people in the double-cab van died.
The three people in the front of the van died at the scene, said an official with the city's Yalong Bay fire fighting department.
The other passenger, in the rear, was pulled out one hour after the accident but died later in hospital, the official said.
The police is investigating the cause of the accident.
SOURCE: Xinhuanet
Editorial Message
This site contains materials from other clearly stated media sources for the purpose of discussion stimulation and content enrichment among our members only.