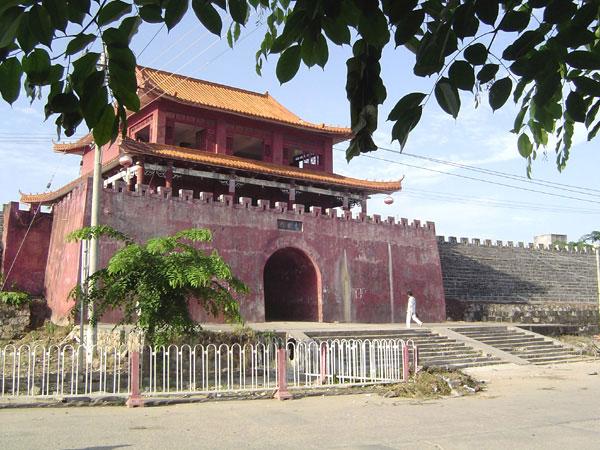 Sanya‘s relevant departments are undertaking conversation and repair work in Yacheng County, Sanya, which is one of the cultural and historic towns in Hainan Province. This work will help ensure the long-tern protection and preservation of these historical sites, reports hinews.cn.

As described in historical records, Yazhou Ancient City was built in the Song Dynasty and had developed into a strong city with adobe walls after the expansion from the Yuan, Ming and Qing Dynasty. At present, there are only small parts of buildings left. Last year, local departments carried out restoration project and invited Chinese archaeologists to ensure the basement of the ancient city.

Built in the Song Dynasty period, Sheng Detang is constructed as a residence for the generations of a famous Prime Minister of the Tang Dynasty. The construction work at the site includes the replacement roofing on the cupola and porches and restoration of other exterior elements.

The restoration project of Sheng Detang is expected to be completed and open to the public this June.