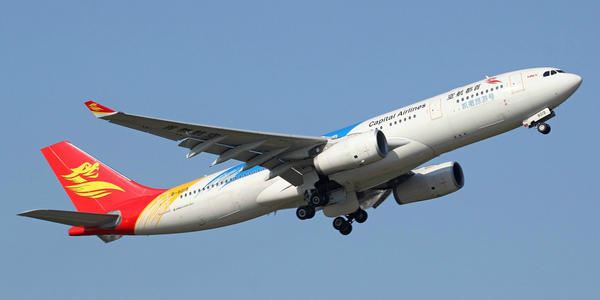 While there are 550,000 Indian tourists to China in 2010 with a 22 percent growth year on year, there are only 100,000 Chinese tourists to India, said China national tourist office in New Delhi. Chinese tour operators told Xinhua on Thursday that high hotel price and lack of hygiene are among the factors that hinder more tourists.

"The Golden Triangle tour in India (Delhi-Agra-Jaipur) usually costs 8000 Yuan (around 1212 U.S. dollars), the same amount is enough for travelling to Australia or even go to Southeast Asia countries twice. The four and five star hotel price in India is too high, even with discount it is still too high for large scale group tourists." She said, "Besides, 5 or 6 years ago it is very hard to find proper Chinese guide here in India, though things has become easier nowadays."

Noting hygiene may also be a factor, Ho said "more than 60 percent of our Chinese guests who came to India experience diarrhea due to unhygienic food, therefore they had to be more carefully about what they eat and drink while more Chinese residences in Australia and South East make these destinations language and food problem free."

More difficulties to get tourist visa also figure on the challenge list. "Recently it took more time to get visa, and sometimes applications was refused by Indian embassy in China saying that the applicant looked like business traveler rather than tourists."

On the whole, however, the number of Chinese tourists travelling to India is on the rise with a 26 percent growth last year.

Airline companies from China are also satisfied with the mutual growth of tourists and aiming to expand air connection between the two most populated and fastest economic growing countries.

Sanya International Vacation, a registered Chinese travel company in India, is planning to open business air route this April between Kolkata, Shenzhen and Sanya which is a famous beach holiday destination of China in collaboration with China's Hainan airlines. Mumbai and Chennai are also in the line.

Three biggest Chinese airlines, namely Air China, China Eastern and China southern are all having four to five flights per week connecting major cities of China to New Delhi. Direct flight between Kunming, the capital of China's southwestern Yunnan Province and Kolkata was opened in 2007 by China Eastern and Air China started direct flight between Chengdu, the capital of another China's southwestern province Sichuan, and Indian Sillicon Vally Bangalore in 2010.

"There are even more international airline companies connecting India and China's Hong Kong directly since 2008,"said Chen Yongguang, general manager of China Southern airlines New Delhi office. "We were having flight each day last year during peak period when Shanghai Expo and Guangzhou Asia Games were held…70 to 80 percent of our passengers on these flights are Indian."

Alice Wang, the director of China national tourist office in New Delhi told Xinhua that there were only scores of Indian travel agencies operating tours to China in 2007 when the office started. The number has risen to around 300 now, and China's rank on the destination of Indian outbound tourists also jumped from 17th two years ago to 14th this year.

Describing the increasing trend of Indian tourists to China, Catherine Ho said, "the number jumped dramatically especially in the recent three year, and the dominate business oriented guest are turning to pure sightseeing and leisure." She said Beijing and Shanghai are still the hottest choices as it is well known while Tibet and other tire II cities are also attracting more Indian tourists.

Travel angencies in Macau are also happy with the obvious growing number of Indian tourist after the 10th International Indian Film Academy was held in Macau in 2009.

Greatwall Vacation, a Chinese agency based in Guilin, Guangxi Province who just came to take part in India's Outbound Travel Mart three years ago are using online order as their major way to reach Indian tourists. "Traditionally we are aiming at European and U.S. guests, but India with its big population and fast economic growth has big potentials though most are still in the budget category. They are, however, pretty familiar with online operations."

Due to increasing Indian interest in travelling to China, the largest number of Chinese Tourism Bureau and travel agencies are coming to New Delhi for this years' Outbound Travel mart held in New Delhi on Feb. 24-26.

SOURCE: XINHUA
Editorial Message
This site contains materials from other clearly stated media sources for the purpose of discussion stimulation and content enrichment among our members only.
whatsonxiamen.com does not necessarily endorse their views or the accuracy of their content. For copyright infringement issues please contact editor@whatsonsanya.com

Next news: Oceanco to participate at Hainan Rendezvous in April 2011